Buyouts
Home News and Analysis Firms & Funds Inside the Deal: Rise of the unfunded escrow
Return to search
Firms & Funds 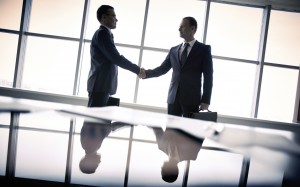 In a world where change is constant and the pace of change accelerates rapidly, the practices that underpin deal-making evolve more slowly.

One such emerging development is the use of hold-backs, or “unfunded escrows,” in a small but growing subset of mid-market private equity transactions. Deferred payment arrangements are not new in private M&A transactions, as acquirers such as IBM Corp have used them for years. In the private equity context, the increasing frequency with which a relatively small but growing number of prominent private equity sponsors propose and implement hold-backs rather than establishing actual escrows to secure seller indemnity obligations has notable implications for market terms and sponsor returns.

The sellers receive the deferred payment at the time a comparable escrow would be released, assuming no claims are outstanding. The payment is taxed to them as capital gain when paid under the installment method. Because the deferred payment is usually the primary obligation of the acquired company, it can be funded with company cash or borrowings or with new equity contributions. If valid indemnity claims arise during the  survival period, an amount equal to the damages is simply never paid to the sellers.  The “unfunded escrow” approach is not typically used in transactions involving rep and warranty insurance.

The principal benefit of an unfunded escrow for a buyer is return enhancement. This is achieved by simply paying a portion of the purchase price later. The effect is enhanced when the buyer avoids funding additional equity by using the acquired company’s cash flow or borrowing capacity to pay the hold-back amount when it comes due.

For example, if a buyer pays $100 mln for a company and borrows $60 mln, its equity check would normally be $40 mln (assuming no rollover and ignoring expenses). If the hold-back is 10 percent of the purchase price, or $10 mln, 25 percent of the equity capital can be paid later, or never if the deferred payment obligation is funded by the acquired company. In practice, unfunded escrows are sometimes used to support a high headline price for the portion of a target being sold in a deal involving a rollover.  The cumulative effect of holdbacks over a portfolio of acquisitions can be material to an investor’s IRR and multiple of invested capital.

But in a market in which current conditions tend to favor sellers, why would a seller agree to an unfunded escrow? After all, the arrangement allows the buyer to act as its own escrow agent and exposes the sellers to credit risk. Moreover, in deals involving substantial rollover equity, the arrangement can result in rollover sellers indirectly funding a portion of their own purchase price, as with certain earn- outs.

When sellers agree to an unfunded escrow, it is usually because the buyer establishes its importance to the economics of its bid. Sellers sometimes obtain other points in trade for the unfunded escrow. Sellers typically require that a financially solvent sponsor guarantee the deferred payments, reducing or eliminating credit risk.

The impact of an unfunded escrow on the acquired company’s cap table can vary, especially in deals involving substantial rollovers of seller equity. Many sponsors set the cap table at closing as if the hold-back will be paid with new equity and obtain an increase in preference without adjusting equity ownership if the deferred obligation is funded with new equity. Other approaches are possible. How this issue comes out in transaction negotiations depends on a variety of factors, including the parties’ transaction history, the context, valuation, rollover amount, presentation, and the parties’ relative leverage.

When a private equity firm considers an unfunded escrow as seller, the impact depends on how the firm values the right to the deferred payment. IRR is reduced if the deferred payment is valued at less than 100 percent. But the reduction is no worse than the impact of a comparable third-party escrow arrangement, assuming rock solid credit support.

Financing banks have tended to view unfunded escrows with a degree of caution. However, increasing use of the arrangement by several well-known mid-market private equity sponsors over the past several years has resulted in more acceptance.

The use of unfunded escrows by mid-market private equity firms may gain additional traction due to the impact of the technique on investment returns, at least when rep and warranty insurance is not involved. As an idea that is generally a win/win or win/nearly neutral proposition, only third-party escrow agents stand to lose out.