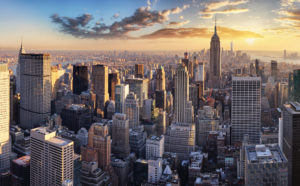 Insight Partners completed its transaction to move more than 30 assets out of seven older funds and into a continuation vehicle, giving the firm more time to manage out the investments, three people with knowledge of the deal told Buyouts.

Total deal value was more than $1.5 billion, the people said. Lazard worked as secondary adviser on the deal. The deal closed in the fall, sources said.

HarbourVest Partners and Coller Capital were lead investors on the deal, with HarbourVest being the largest, the people said. A deal of this size likely included a large group of co-investors. Other investors in the deal included Hamilton Lane and Partners Group.

Pricing on the deal was said to be at a slight discount, around 96 percent of net asset value across each fund, Buyouts previously reported.

The restructuring involved seven funds, including Funds IV and V, which the firm was winding down. Assets were also being moved out of newer funds, sources said in previous interviews.

Insight Venture Partners IV, a 2000 vintage that closed on more than $740 million, was generating a 9.4 percent net internal rate of return and a 1.7x multiple as of June 30, 2019, according to performance data from California Public Employees’ Retirement System.

Insight Venture, formed in 1995 by Jeff Horing and Jerry Murdock, manages more than $20 billion. The firm invests in high-growth tech companies and has exposure to some of the biggest names in the tech world, including Twitter, Hootsuite, Mimecast and Zenefits.