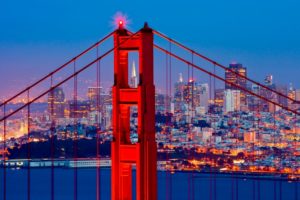 Insignia Capital Group, headed by David Lowe, a founder and ex-vice chairman of Friedman Fleischer & Lowe, is back in the market with a second buyout offering.

The private equity firm, based in the San Francisco Bay area, filed Form D fundraising documents this week for Insignia Capital Partners II and parallel vehicles. It is targeting $400 million. Monument Group is the placement agent.

Fund II is seeking slightly more than the amount raised by Insignia’s inaugural fund. It was wrapped up in 2016 at $358 million, just above an original target of $350 million.

Fund I was launched in 2013 with a $100 million anchor commitment from Los Angeles County Employees’ Retirement Association.

Lowe left FFL in 2011 after founding the firm in 1997 with Tully Friedman, Spencer Fleischer and Christopher Masto. He established Insignia in the same year with founding partners Anthony Broglio and Melvyn Deane.

Broglio was previously a principal with Lake Capital, while Deane was an FFL operating partner.

Insignia looks to help management teams consolidate the market leadership of their businesses through the expansion of products and services, sales growth, operational improvements and acquisitions.

At present, the portfolio holds six platform investments, according to Insignia’s website. One of these, Market Performance Group, a provider of outsource services to the consumer-packaged goods industry, was added in January.

Insignia has also been active exiting investments. In December, it sold Truco Enterprises, a maker of tortilla chips, salsa and queso, to Utz Brands for $480 million. Truco, acquired in 2014 from Arbor Investments, was the firm’s first disclosed platform deal.

Insignia could not be reached for comment prior to publication of this story.