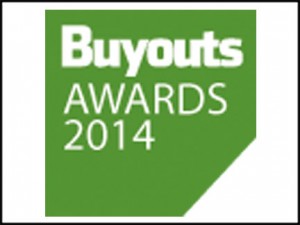 WHY THE FIRM WON

“It’s not really a well-known company even though many people come in contact with their products on a daily basis,” said Domenic Heer, lead investor on the deal and a principal in Riverside’s Munich office. ”That said, it had all the typical makings of a Riverside investment.”

At the time of the acquisition, for example, Capol was a stable business operating in a non-cyclical industry with significant knowhow and high barriers to entry. Yet there was room for improvement.

First, Capol was founder-driven rather than company-driven. While founder-run companies like Capol are often very well run, they tend to have a limited ceiling simply because the time, resources and capability of the founder are only so great, said Heer. Capol’s founder was 68 years old at the time of the sale and the company needed more effective management.

“We were confident we could grow the business and leave it bigger and better than what it was before our ownership,” said Heer. “We felt like we could turbo-charge the internationalization of the company and penetrate new markets, which seemed less attainable to the company before our purchase.”

Riverside purchased what was then called Kaul GmbH from its founder in September 2009 for €17.7 million ($24.6 million) out of Riverside Europe Fund IV. It renamed the company to Capol GmbH shortly after acquisition. During its roughly four-year ownership, Riverside used its global approach and focus on operational expertise to achieve stellar returns for investors, changing out management, completing an add-on acquisition in the United States, improving sales initiatives, developing new products and controlling standards.

By August 2013, when Riverside sold Capol to Freudenberg Chemical Specialties, Capol had captured market share of well above 50 percent and had grown its organization substantially. During Riverside’s holding period, compound annual sales growth rate rose from 3.3 percent to 12.1 percent; Capol’s revenue increased from €16.7 million to €26.4 million; and EBITDA grew from €5.3 million to €8.0 million. Riverside also helped Capol pay down its debt of €17.5 million to €6.1 million.

Founded in 1975, Elmshorn, Germany-based Capol today services more than 800 customers in the confectionery, agricultural and pharmaceutical industries through agents and distributors. Its clients include companies that own some of the most well-known brands in the world, including Bayer AG, Frunol, Haribo GmbH, Hershey Co, Mars Inc and Nestle.

Early during Riverside’s ownership, Capol’s founder was moved to chairman of the board and a new management team was assembled. Then Riverside set out to grow Capol’s business.

Riverside’s research indicated three percent of growth for the industries Capol served in developed nations, but more than nine percent growth in emerging markets. Leveraging its Asian team, Riverside made a big push into China with a focused sales efforts. This initiative was strongly assisted by Riverside’s Asian program, which features a dedicated office in Hong Kong that helps Riverside portfolio companies buy and sell in Asia in addition to sourcing and evaluating investment opportunities. As a result of this effort, Capol grew sales in China from €550,000 in 2008 to €1.8 million in 2013.

Additionally, in October 2012 Riverside acquired the relevant business unit of Capol’s U.S. distribution parent, Centerchem, as an add-on. “We felt like Capol’s products had no priority with the distribution center, so we completed a carve-out acquisition,” said Heer. “We took over some staff and inventory as well as customer relationships, but we had to rebuild the operations and make it happen seamlessly. The process took a year and was challenging, but we were successful in the end and it was the right decision.”

The move allowed Capol to further penetrate the North American market. Immediately upon acquisition, Capol began visiting key customers and redoubling sales efforts. The Centerchem deal provided Capol with direct access to a large blue-chip customer base in the crucial North American market. This allowed the company to better penetrate the world’s largest confectionery market. The company had previously worked through the distributor, but is now better able to manage and build customer relationships. This helped increase Capol’s U.S. sales from $3.5 million in 2008 to $10.6 million in 2013, translating to a compound annual growth rate of 24.8 percent.

With Capol on the right path of growth, Riverside completed an internal review process and decided 2013 was the right time for a sale. KPMG ran a competitive process for Riverside and Freudenberg Chemical Specialties, which is a division of Freudenberg & Co., a German manufacturer of lubrications and coatings, won. Freudenberg Chemical Specialties was attracted to Capol’s growth trajectory, strong customer base, solid customer pipeline, new market opportunities, product expansion capabilities, and continuing international growth opportunities.

“We came to a point where we had made significant changes and achieved our thesis and it was time to pass the company on to someone else. Freudenberg fell in love with the asset before other bidders were able to get their head around the company,” said Tony Cabral, a managing partner in Riverside’s Brussel’s office who oversees all of Riverside’s European investments.

“Long-term, Capol fits nicely into Freudenberg’s portfolio. They have an active coating business and it’s a good home for Capol.”

Danielle Fugazy is a contributor to Buyouts Magazine