Getting behind consumers’ growing recognition of the benefits of vitamins and supplements, Permira leveraged the industry’s demand for quality to create some of the fastest-growing brands globally.

During Permira’s around four years of ownership, Atrium’s revenue grew 44 percent to $689 million, while Ebitda increased 58 percent to $145 million.

For Nestlé, its deal for the maker of nutritional products represented its largest health-oriented deal in over a decade at $2.3 billion in cash — more than four times the $532 million at which Permira took Atrium private.

The handsome outcome for Permira began with an investment thesis centered on a few themes.

One was consumers’ desire to take control of their health. As part of that theme, Permira believed people would not only continue to be more mindful of their diets, sleep and exercise, but increasingly take vitamins and supplements as part of a well-balanced lifestyle, Permira Partner John Coyle said.

Problem was there was a misconception that the vitamin, mineral and supplement industry was unregulated. Permira saw that as an opportunity.

Changing the view of the vitamin world included changes in the C-suite.

To start, Luther created executive-level positions: head of quality and head of supply chain. As part of its focus on quality, Atrium also reoriented the business toward over-the-counter standards, which are above VMS-required quality standards, as well as centralized and upgraded quality systems and processes within the company.

Dealing with an image problem wasn’t Permira’s only challenge.

At the initial investment, Atrium lacked focus across its nutrition-product portfolio, O’Donnell said. Permira stopped M&A in favor of focusing on the strongest brands.

Atrium’s only M&A activities included buying a small stake in an existing distribution partner and the sale of a direct marketer of a product, Coyle noted.

Permira put most of its resources toward growing Atrium’s best-performing brands: Garden of Life, which makes non-GMO Project Verified and USDA Organic vitamins and oils; and Pure Encapsulations, known for its hypoallergenic supplements. Growth via e-commerce and international expansion were key drivers to both brands.

Garden of Life moved beyond health-food chains such as Whole Foods and Sprouts into new channels including mass-market stores and online, O’Donnell said. The company also moved into Chinese and Canadian markets, while Pure penetrated Austria and Germany.

Prioritizing regulatory compliance and a shift in industry awareness also transformed the business.

Permira initially viewed Atrium as a pure consumer company. By the time it exited, it operated at the intersection of consumer and healthcare, Coyle said.

“A lot of medical practitioners are now recommending taking vitamins as part of a healthy lifestyle,” Coyle said. “That’s pretty different than 10, 20, 30 years ago.”

And buyer appetite for the company was apparent early on, as Permira through its investment period received unsolicited approaches from global consumer and pharmaceutical companies.

The firm in mid-2017 launched a formal sales process that included a select number of parties. Nestlé was increasingly prioritizing growing its health business and ultimately prevailed. 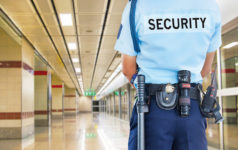 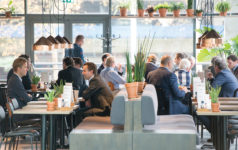 Firms & Funds 7 hours ago
Added to your Saved Articles
Loading
Unsave Article
Please confirm you would like to remove this article from your saved articles.
Share with other subscribers
Only logged in subscribers of this site will be able to access the shared article.