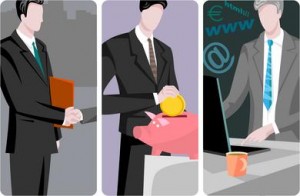 In the not-so-good-old-days fund managers, bankers and investors generally considered communications as a somewhat bothersome add-on at the end of their deal making. Otherwise, communications were typified by sending out a marketing leaflet and a quarterly report or taking a client out for a spot of lunch to dispel niggling concerns about fund performance.

Given that the gaps between fund raising rounds have shrunk in recent years and look set to continue at this pace, GPs that only communicate with their investors only when raising fresh funds are finding that this is just not good enough any more.

“The stop-go fundraising every three to four years does not work: you have to have an ongoing relationship with people. Effectively, those investors have become your partners. You ignore this at your peril,” says Julian Knott, partner in charge of investor relations at in London. “Also, it is very difficult to look at your investors as one homogenous group.”

“I think you’re going to see a lot of change in the investor relations field,” says Buchan Scott, partner investor relations at in London. “There’s an increasing number of LPs from a wider range of sources and we’re seeing a greater geographic spread, including investors from Japan, Korea and the Middle East.”

“We were recently talking to a Korean investor who requested that we provide all of our reporting in Korean, which we will,” says Scott.

Investor relations is now one of the key responsibilities of a private equity house, whether it is a five-person team or a multi-national mega buyout fund manager. The only difference is that in smaller fund one or more investment managers will be charged with communicating with their investors.

“Smaller funds employing five to 10 people will find it very expensive to have a dedicated investor relations person, so it is more likely they will share the responsibilities,” says Bassett.

“Mid-market funds have to ask if appointing a dedicated IR team makes sense and often it will. They will also see that placement agents will play an important role in their business,” he says.

The private equity industry has become more professional and many advisors like Cognetas have a dedicated person who performs the IR role, says Knott

“From the investor perspective they are becoming more professional and they expect to get access to any manager when they want,” says Knott. “There are no constraints on what we tell our investors.”

However, confidentiality issues about portfolio companies are a big concern – GPs do not want privately held information on companies being made publicly available. A key element of the professionalisation of the industry means GPs need to formalise what and how they communicate to investors to ensure that corporate data remains confidential.

There are a number of conflicting views about what investors should be told and how it should be presented and also what it means if an investor asks a lot of questions.

“Content is an increasingly interesting area and people are thinking more about what goes into it. There is an onus on LPs about what they request and what they ask to see,” says Scott.

“I think it’s all about proactive communication and working to tailor what information you present to LPs. LPs certainly don’t want to hear about any developments in the press before they are informed directly by their GPs,” says Helen Steers, partner at in London.

“Many fund managers – both large and small groups – have now become quite slick in their delivery of investor relations,” says Steers. “They inform investors of deals at an early stage and they keep them abreast of any investment team changes. Also, if investors want to know more, they are good at putting them in contact with the deal person.”

“The norm is that investors are getting what they want and occasionally they will ask us for something more detailed or supplementary,” explains Knott. “Institutional investors rely heavily on GP reports which are very formalised. If investors are spending lots of time asking us questions then we have probably got the communications strategy wrong.”

Although supplementary questions are welcomed by IR professionals and can often pinpoint areas that need to be addressed in subsequent communications, the person responsible for the IR function can often pick up on certain issues that left unchecked can cause some serious problems down the line. This may be based on changes afoot for the LP or could highlight concerns about a portfolio company, for example.

“If an investor asks lots of questions then it is clear that something is going on, either with the fund manager or with them. You have to ask what is the basis for this elevated level of questions,” points out Mounir Guen, CEO of in London.

“One of the things that damages relationships between a GP and an LP is silence. There’s a vital nuance to understand between too much information and too much focus and too little of both,” says Guen.

As many new investors allocate funds into private equity funds for the first time the very nature of investor relations is changing and GPs are becoming aware that they need not only nurture these investors but also provide guidance on the industry at large.

“In the past, I very rarely received an unprompted call from an investor and now that has all changed,” says Brooks. “New LPs are investing in private equity at a time when there is a lot of good performance around. While everything looks good on the surface, this could mask some issues for some LPs.”

European private equity is at a key stage of in its development and the industry is under greater scrutiny by regulators, politicians and labour unions to open up and become more transparent in its role in the European economy.

Nevertheless, those who think that private equity being constantly in the business headlines is having any impact, negative or otherwise, are in the minority.

“It would be amazing if there were not some kind of affect on investors,” says Knott.

The UK-based LP says: “Pension fund trustees the length and breadth of the country are only too aware that private equity is in for a shake up and I think those concerns will have an impact on allocations by pension funds going forward.”

It is widely accepted that the current debates in European media are somehow separate from the GP-LP relationships and will not have any impact on them.

“There’s lots of adverse publicity surrounding the big buyouts not only to the outside world but also to LPs. Part of the ongoing debate is a recognition that there are more people involved in the process than GPs, management and LPs,” says Scott.

“I don’t think that private equity has a problem with transparency, but it has sometimes been an issue for LPs. Some private equity funds are now disclosing the names of their LPs,” says Scott.

However, the transparency debate in private equity is to do with corporate governance issues which for the most part mid-market fund managers consider themselves to be below the radar.

“Commentators on the industry make comments about the lack of transparency which may be the case outside of the inner circle but inside that circle investors can examine the minutiae of deal, which you just wouldn’t be able to do in the public domain,” says Guen.

“The onus is on the GP to build up an effective strategy to be more proactive in managing a process,” says Bassett.

“In some local countries, there may be boards of trustees or other committees of state pension funds that the might be swayed by press reports,” says Guen.

There is the view that national-level scrutiny of private equity in smaller European economies can result in a negative knock-on effect for some local GPs, which does not seem to be the case for international GPs for some reason. Perhaps faith in the international centres such as London and Paris is that much stronger because they are more seasoned markets and deal sizes dwarf those in smaller European economies.

Also, part of the reasoning behind this may be based on the simple fact that the large international funds are making the returns that every LP seeks to tap into, while local funds may be generating much lower returns.

As GPs enter into more relationships with LPs there is a growing trend of IR professionals being supported by partners active in deal making. This top-level involvement is often sub-divided by region in the larger funds.

For some fund of fund managers their communication strategies focus on more general discussion of private equity and they inform investors about how interpret key data and market trends.

“In our fund of funds focus we talk to our investors a lot about the private equity cycle, Clients want to know how to react at certain points in that cycle and how to anticipate them,” says Rob Barr, head of client services for Europe at Pantheon Ventures in London.

“Broadly speaking, what we are saying to investors is not to market time but to keep a steady approach to the asset class and to look at is through the good times and the bad times,” says Barr.