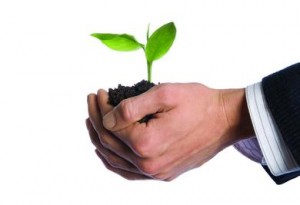 Another big player made a headline-grabbing move in the GP stakes world.

The Centre Lane deal is the second from Investcorp’s Strategic Capital Group, formed in 2018. The group is led by Anthony Maniscalco, David Lee and Fred Guster. It completed its first deal last year.

Investcorp’s team focuses on middle-market GPs, which it believes presents a more robust opportunity than the larger side of the market. Large GP stakes deals occupy a saturated side of the market, dominated by firms like Neuberger Berman’s Dyal Capital Partners, Blackstone Group and Goldman Sachs.

The middle market, on the other hand, presents an essentially untapped opportunity, though a few firms have cropped up in recent years. And larger firms like Dyal have begun expanding their focus down-market.

Investcorp’s team is raising a fund for the strategy, which has raised about $250 million, Buyouts understands.

Another difference between Investcorp’s team and the larger players is the exit outlook. Investcorp’s group does not plan to hold its investments perpetually, but rather have a finite timeline, sources told Buyouts. Once the team accomplishes all it can through its partnership with the GP, it will help the firm find a new owner of the equity, whether that be a larger GP stakes shop, a strategic investor or a sale back to management.

Investcorp’s group looks to source deals through its proprietary relationships, rather than through auctions, Buyouts understands.

Centre Lane, meanwhile, has been raising its most recent pool, Fund V, last year targeting $550 million, and had collected at least $490 million as of June 2019, according to a Form D fundraising document. Fund V was originally targeting $700 million in 2018, an earlier Form D said, but the target appears to have been lowered, Buyouts previously reported.

Centre Lane acquired the portfolio of assets from Eaglehill Advisors, an emerging-manager credit shop formed by ex-Citi bankers Jason Cunningham and Mike Zicari. Centre Lane took over management of the assets last year after the firm broke up.

Despite the departures, the firm’s employee count has grown to some 31 people from 15 five years ago, a source told Buyouts.

The firm is “comfortable where [it stands] in terms of team and a deep bench of smart, motivated people,” a source previously told Buyouts. Given its growth, the firm has been able to attract more people over the past year to 18 months that it might not have been able to bring on in the early days, the source said.

Update: This story was updated with information about the strategy’s fundraising.