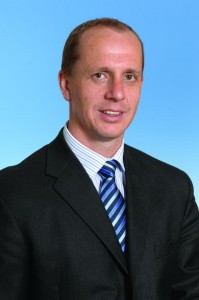 Specialist bank Investec Investment Bank and Securities has made two appointments over the summer: Gareth Taylor has joined as a director in the corporate finance division to lead Investec’s coverage of private equity clients, and Matthew Wesley has joined the debt advisory team as an associate director.

Taylor was previously a director at Deloitte where he had significant transaction experience in the mid-market arena including advising Deutsche Bahn on its acquisition of Chiltern Railways, Close Brothers Private Equity on its disposal of Fishers and HgCapital on its public-to-private of shl Group. He has also worked at Barings and Merrill Lynch, where he latterly focussed on the transportation and support services sector and also spent 18 months as head of group corporate development at National Express where he oversaw a number of transactions for the group.

Wesley was previously a vice president in the debt advisory team for Lazard, which he joined in 2004. His transactional experience includes advising Companhia Siderurgica Nacional (CSN) on their public offer for Anglo-Dutch steel maker Corus, supporting Nippon Sheet Glass’ acquisition of glass maker Pilkington plc and a takeover defence for ITV plc. Prior to Lazard, he spent three years with Citigroup’s corporate and investment banking division in London.