Fundraising has been sluggish for the strategy created by one of President Trump’s signature laws.

The opportunity zones program, meant to direct investments in lower-income regions, comes out of 2019 yielding some tough lessons about investor appetite. And there are reasons to think 2020 could be even rougher.

The program was created by the Tax Cuts & Jobs Act, which President Donald Trump signed into law in 2017. It provides a series of capital gains tax breaks for investors that put those gains into funds designed expressly to help develop one of approximately 8,700 US census tracts deemed economically disadvantaged.

Fundraising appeared slow in the new asset class in 2019. Sources attributed this to the 35-day government shutdown from December 2018 to January 2019, which delayed the release of an important set of regulations until April.

Accounting firm Novogradac surveyed 112 funds and found that as of October, $3.17 billion has been raised of $25.8 billion targeted.

Some managers were forced to change their strategy based on investor demand.

Bridge Investment Group started out raising a blind pool fund with a $1 billion target, but the firm ended up closing its first fund at $509 million and launching a second $500 million fund.

Investors must roll their capital gains from the previous year into a qualified opportunity zone fund within 180 days of the end of the previous year to get a series of tax benefits – meaning they cannot wait for a typical capital-call structure over one to two years.

Opportunity zone investors, often family offices and high-net-worth investors, also tend to want more information about the deals they will be investing in.

“What we’ve seen across the board is hesitation from large-scale investors to allocate capital without having a clear understand of where the capital is being allocated,” principal Craig Bernstein tells Buyouts.

Meanwhile, a political backlash appears to be building in Washington just as the 2020 presidential campaign picks up steam. Senator Cory Booker, Democrat from New Jersey and a presidential candidate, was originally a champion of the program but recently penned a letter calling for reforms to it.

South Carolina Representative James Clyburn, the third-most powerful Democrat in the House, has introduced a bill intended to restructure the program with the aim of making it affect more low-income communities.

Oregon Senator Ron Wyden, a Democrat, wants to restrict what can be considered an opportunity zone, tightening rules of what projects can go into the program and what census tracts can be designated opportunity zones.

Michigan Democratic Representative Rashida Tlaib has even introduced a bill that would abolish the program outright, saying in a statement Americans has been “scammed” by opportunity zones.

Between this and the fundraising issues, 2020 could be an even tougher year for opportunity zones — and a true test of whether the program will have legs going forward. Sources Buyouts talked to seemed optimistic that the program would eventually find its legs as investors learn more about it. 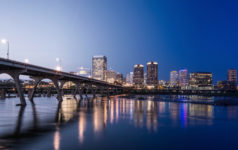 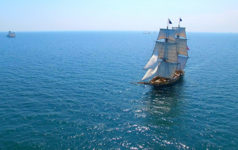 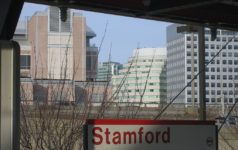 News and Analysis 6 hours ago

Firms & Funds 20 hours ago
Added to your Saved Articles
Loading
Unsave Article
Please confirm you would like to remove this article from your saved articles.
Share with other subscribers
Only logged in subscribers of this site will be able to access the shared article.