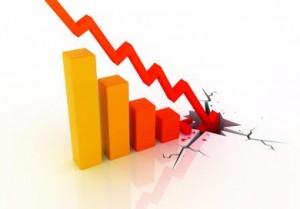 The credit crisis and turmoil in financial markets made this year an extremely challenging one for private equity and venture capital. The outlook for 2009 is also challenging, with the prospect of a global economic slowdown, continued credit squeeze and pressure on portfolio companies’ earnings.

But in difficult times there are also likely to be buying opportunities for those investors with cash, as company valuations fall and there is less competition for assets.

George Anson, director of HarbourVest Partners, says the single most important thing for 2009 would be more transparent and stable financial markets because without that it is very difficult for any business to operate with confidence. “I haven’t seen clients panicking and running for the door but they are looking for guidance from us and other PE managers. When the buyouts market was exuberant in 2005/06 we told clients not to rely on it lasting and, in the same way that things weren’t as great then as they seemed, they’re not as bad now.”

Tycho Sneyers, a partner at LGT Capital Partners, says that some investors have been rattled by the turmoil in the markets and put investment plans on ice until some stability returns. He says: “Leverage is a bad word right now and that obviously has implications for private equity, although I expect to see a bit more interest in the less leveraged areas, such as venture, minority deals, growth capital and all-equity deals.”

The worst hit sub-segment is the one that was most popular in 2006 and 2007 – large, highly leveraged deals. While the debt markets will come back, in time, Sneyers says there is little chance they will return to the excesses of the pre-credit crunch era.

Valuations are one area of concern for LPs, however. Anson says that is it inevitable that valuations of portfolio companies will be lower in December than in June, barring a remarkable stock market rally before the end of the year. “The recession fears are real and it’s clear there will be a slowdown in the Western economies, which will impact on valuations.”

Rainer Ender, a managing director at fund-of-funds investor Adveq, says: “LPs will have to adapt to falling valuations because it’s naïve to think public markets can fall 35% and not affect valuations in the buyout industry.” He adds that until the second quarter of this year valuations had not been affected that much because the underlying earnings of companies looked solid.

From today’s perspective, he says, it is clear that the first half of 2007 was the peak for large and mid-market buyouts and that going forward some of those deals will face difficult times in terms of debt-EBITDA levels. In previous recessions there was typically a reduction for public companies of around 15% in EBITDA, says Ender: “If you financed in 2007 at 7x EBITDA then you’ll have lost a multiple of one through lower earnings and on top of that the changes in the debt market will have reduced the EBITDA multiples by an additional 2x.”

He says that it is important that PE managers face up to the reduction in valuations and don’t try to stick their head in the sand.

One of the complicating factors is that the downward pressure on valuations is being accompanied by new “fair value” or mark-to-market accounting rules, which are expected to reduce valuations even further. The new rules, known as FAS 157, are likely to impact portfolio companies’ valuations over the next 12 months.

It is not just a lowering of valuations that could be problematic, but the possibility that valuations for PE companies may not fall as greatly as for quoted companies. This is possible because the values of smaller companies, without proxies in the public markets, are likely to be less affected, as are companies that are less than a year old. Also, many PE-owned companies have actually been performing quite well and therefore may not be as badly hit by downward valuations.

Katharina Lichtner, a managing director and head of research at PE asset manager Capital Dynamics, says that she expects a lowering of valuations, following the falls on public markets. PE valuation falls may, however, be less marked, which raises the possibility of negative knock-on effects as LPs could find their allocations to PE exceed their permitted thresholds. This would mean they would not be in a position to make further PE commitments or, possibly, may even have to try and reduce their PE holdings to bring their allocation back into line. “For example, a pension fund that has a 5% allocation to private equity could find itself in the current environment with an exposure to private equity of 10% or more if public markets continue to fall,” says Lichtner.

Sneyers agrees: “We’re already seeing LPs that have found themselves over invested in PE because of the fall in public markets and that is contributing to them reining in their investment in PE.”

George Anson says that downward valuations for PE companies may not be as steep as some have predicted. He says that for virtually any deal executed in the past two years there will be an erosion of existing values because of the contraction in public markets, but that those done in 2004 and 2005 will have had three to four years of earnings growth and deleveraging. “I don’t agree with those people who say every company will be down 30% by year-end,” says Anson.

The venture market is a little different, when it comes to valuations. Rainer Ender says that VC companies’ rise was less dramatic than that of PE companies and that their fall will be less dramatic.

George Anson is also cautiously optimistic about the prospects for VC, arguing that it is a fundamentally different market than that of the late 1990s. The businesses that have been funded in recent years have been those that are able to generate an income, with the VC money being used to expansion. “It’s not like the old days where a company would have an US$80m annual burn rate and need new money every nine months” he says.

Today’s VC companies are much more realistic and the sector also benefits, in the current climate, from the fact it does not use leverage. “VC companies are about innovation and higher growth prospects and continue to be an important diversifier for us,” says Anson.

Also Katharina Lichtner says she has recently changed her mind about existing venture portfolios. Until two months ago she says she was fairly relaxed about the industry but is now more concerned. “Currently exit markets are very challenging. VC companies depend on the availability of cash, so with exit markets effectively closed and expected holding periods increasing, companies will have to adapt their business plans. In addition, the weakening of the global economy means their revenue prospects may well be under pressure.”

She says that it is essential that VC companies go into cash preservation mode and that in a sustained downturn there might be problems as VC companies run out of cash, similar to what happened in 2001. She says: “We haven’t reached that stage yet, but it’s a situation that we will need to monitor closely. In our experience it is a hallmark of top quality VC managers to quickly drive these changes in their portfolio companies. On the other hand, the current market holds potential for new investments as prices are falling in line with the general market.”

On the buyout side, another concern is the refinancing of portfolio companies. On the whole, financing structures for existing buyouts should be safe at the moment, says Lichtner, but those that have been aggressively leveraged could run into problems: “We can expect credit lines for some of these highly leveraged companies start to come up for renewal in 2009 and companies could face limited liquidity in the debt market and tougher terms. Because of the economic downturn these companies will have found it harder to generate sufficient cash flow to pay down their debt packages in the meanwhile.”

She adds: “Many of these more aggressively leveraged deals were done in 2006 and 2007 with part of their financings negotiated for three or five years, although some had terms as long as eight years.”

The positive outlook for 2009 is that there will be more opportunities to acquire attractive companies at competitive prices. Rainer Ender says: “In the new environment cash is king and there will be opportunities in certain sectors so the challenge for PE managers will be balancing this opportunistic approach with their longer-term strategy.”

According to Tycho Sneyers, despite the current gloom private equity will be seen by investors as a good place to be in the long term. He notes that in the past 10 or 15 years the public markets have not performed well whereas the top quartile of PE funds have produced impressive returns. “Even after the decline in valuations for PE companies that will take place in the next six to 12 months, those investors that have been invested in PE throughout the cycle will see much better returns than from public markets.”

Overall, therefore investor sentiment towards PE is likely to improve, he believes: “I actually think private equity will emerge from this turmoil in a stronger position compared with public markets and that bodes well for the asset class in the long term because LPs are going to want to be invested there.”