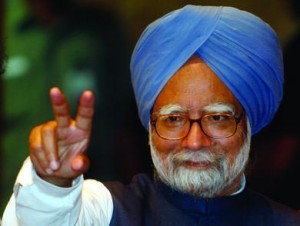 The impressive victory by the Indian National Congress Party in the April-May elections has been welcomed by private equity players, as it establishes a stable government that has the opportunity to push through reforms.

The Congress Party, under Manmohan Singh, won a convincing victory, and means it should be able to govern in a cohesive way without needing the support of coalition parties on the left, which had made its previous administration difficult. The day after the election result the stock market rocketed by 17%.

The size of Congress’s victory was a surprise, as many observers had expected a much closer result. But the main opposition BJP, made up of centre-right reformers and Hindu nationalists, performed badly. The result belies the widespread belief that India’s political landscape was becoming inevitably caste-based and fragmented. Since the 1970s, no party had won more than 200 seats until this year, giving India a fragmented and regional or caste-based political system. The victory of Congress could mark an end to the unwieldy coalitions that pursued populist programmes.

Investors were particularly happy that the Congress party would not have to rely on the support of the two main parties from Uttar Pradesh, India’s largest state. These parties had been forecast to play a key role in creating a government. The investor relief was linked to the fact that one of the Uttar Pradesh party’s populist measures included banning the teaching of English in schools and limiting the use of computers, in a bid to increase jobs. The other was widely seen as anti-business.

The result means that India’s economic policy is expected to stay broadly similar to that of the previous five years, with an emphasis on mitigating the effects of the economic slowdown on the poor. But the election could mean liberalising reforms are more likely, although there is still some resistance to these among some of the party’s supporters in rural areas.

As well as stimulating private sector involvement in infrastructure, the hoped-for reforms from the business class include reducing the government’s subsidies and handouts and reform of the banking system. In the previous administration Singh had proposed giving shareholders in India’s banks more voting rights, a measure aimed at attracting more foreign investment. The move was blocked by coalition partners.

But even though the government has less need of coalition support this time round, it will still have to strike a difficult balancing act of liberalising reforms alongside its commitment to provide more help for the poor, left out of India’s economic growth.

“The election is excellent news for India and its economy because it brings political stability, which India hasn’t always enjoyed in the past,” says Grant Thornton partner Anuj Chande: “But a big issue for the new government is that it won power on the back of rural voters and has made promises to that group, which could distract it from other reforms.” He adds that bringing down the country’s very large budget deficit, of 6% to 7% of GDP, will be a major challenge.

Others argue that the Congress party’s mission to raise living standards among India’s rural poor is very important and that, in the longer term, it will make a big contribution to the country’s economic prospects.

Vidhya Sampath, director of the Europe India Institute in the Netherlands, says: “The government is right to focus on keeping its promises to the rural poor because no country can have sustained economic development while 70% of its population are extremely disadvantaged, often underfed and not contributing much to the economy.”

However, she agrees that tackling India’s infrastructure deficit will be a key priority for the new government. The government has said it wants to see around US$300bn invested in infrastructure this year, but given the budget deficit it will be challenging for the public sector to fund it, which increases the pressure on finding ways of attracting private sector investors to the sphere.

The government knows that poor infrastructure is putting off overseas companies from investing in India, says Sampath: “I recently talked to the minister with responsibility for food processing industries and he told me that big supermarkets like Tesco and Sainsbury were very interested in the Indian market but deterred by the lack of a supply chain, thanks to poor transport infrastructure,” she says.