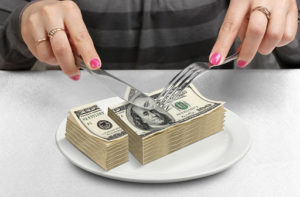 Competition between asset classes is heating up as investors increase allocations to private equity, eroding market share away from hedge funds, according to Ernst & Young’s 2019 Global Alternative Fund Survey.

Investors said 25 percent of their assets under management (AUM) are allocated to private equity this year, up from 18 percent in 2018, according to the report.

“We’d seen this trend playing out over the last couple of years where investor appetite and interest in private equity, in particular, has been growing,” Ryan Munson, partner at Ernst & Young, told Buyouts. “It is a large jump year-over-year, but I don’t want to call it the culmination of a trend. I think it’s an ongoing trend where investors continue to be more open to the asset class.”

Ernst & Young surveyed more than 200 small, mid-size and large hedge funds and private equity firms for its report. The company also spoke to 60 investors, such as pensions, endowments and foundations, with a reported AUM of close to $2 trillion, according to Munson.

According to the study, three-quarters of private equity managers think their 2020 funds will be larger than their last vintage fund.

Hedge funds still receive the bulk of investments from investors, with 33 percent of AUM being allocated to the hedge funds in 2019, down from 40 percent last year. “Private equity managers have been the direct beneficiary with the majority of private equity managers reporting larger fundraises and record amounts of dry powder,” the report reads.

Munson did not suggest that investors are leaving hedge funds to give specifically to private equity, but recognizes that the private equity, real estate and private credit asset classes are receiving “positive inflows” from the shift.

In addition to the YoY growth in private equity, investors increased their allocation to real estate from 20 percent in 2018 to 23 percent in 2019; other alternative asset classes, which include private credit, saw a YoY decrease from 22 percent in 2019 to 19 percent last year.

“Private equity has viewed itself more like a people business where having people generating the ideas and running the business, as opposed to leveraging computers and technology, has been more important,” Munson said. “Private equity has been more focused on acquiring diverse teams to contribute to different ideas to running the business. I think this has allowed them to have a step ahead in terms of their diversity statistics.”

Despite almost half of private equity firms setting diversity targets, they still have a long way to go regarding women on their front office, or client-facing, teams, according to Munson.

Women were better represented in the back office, which can consist of administrative or support staff. About 42 percent of private equity managers said that more than 50 percent of their back-office staff were women.

“I think the industry has made strong progress outside of the front office, but I think everybody would agree there’s opportunity to continue to push that agenda,” Munson said.