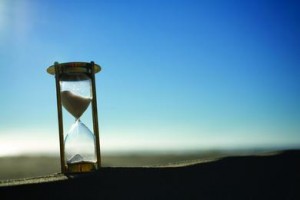 Private equity’s dogged pursuit of Anheuser-Busch InBev’s brewing assets in Central & Eastern Europe (CEE) has refocused the spotlight on a region that has calmed down after a belated and brief boom in PE activity in 2006-2007.

Market talk has it that CVC Capital Partners, the last suitor standing, has secured debt financing reportedly in the €550m range and is reputedly prepared to pay up to €1.5bn in a leveraged buyout.

CEE has needed good news this year. At the start of 2009, it had slipped from third to fourth out of nine regions in LPs’ ranking of the attractiveness of emerging markets to GPs over the next 12 months, according to the EMPEA/Coller Capital Emerging Markets Private Equity Survey. Alongside Russia/CIS and Africa (excluding South Africa) it was among the three countries/regions perceived by LPs to have increased most in terms of risk.

So will the InBev saga spur renewed interest in a geography that had finally made it onto LPs’ emerging markets radar before the crunch moderated enthusiasm?

“Sure, in the sense that it will create headlines and perhaps counteract some negative publicity,” says Henry Potter, Partner (Investments) at Alpha Associates, a private equity fund-of-funds manager for CEE and Russia, who recruited him in September 2008 from the European Bank of Reconstruction & Development (EBRD).

“It will also give a sense that deals are being done again, after a slowdown over the past year. But the bread and butter of private equity in CEE is not the large pan-European funds dropping in once every couple of years and making a large investment. The heart of the asset class is the mid-market, the locally focused funds,” says Potter.

Private equity investment in CEE fell 18% in 2008 but, at €2.5bn, still recorded its second most active year, according to provisional data in a July 2009 paper from the European Private Equity & Venture Capital Association (EVCA). As 2007 was a record year,2008 demonstrated some resilience.

Unusually, EVCA included Ukraine within CEE for the purposes of its paper, but even ignoring Ukraine, the trend remains valid. Growth capital funding mushroomed, buyout investment slumped but still took the lion’s share of the total, venture tumbled as later-stage transactions fell, though more start-ups contributed to a greater number of venture investments.

EVCA’s figures show that even last year, €2.5bn was raised by funds fully dedicated to CEE, 40% down on 2007, but comparable with 2006 and well above the historical norm. In both 2007 and 2008, dedicated funds with €1bn or more were raised, highlighting strong institutional support. In addition, fund raising for venture funds increased 70%, to €217m.

This fund raising boom has left most managers in CEE with money, and with these funds typically taking four to five years to invest, they are sitting on uninvested or half-invested funds.

Add in the economy, and it is perhaps not so surprising to find things quieter nearly one year on, particularly when some LPs are not allocating to private equity while they reshape their own balance sheets.

“It’s fair to say that the clock has been reset as the various countries in the region have suffered more than expected and their fragility has been exposed. We have seen LPs retrenching into a ‘wait and see’ mode and increasing the monitoring of the GPs they have committed to in the region, but closed to new primary commitments for now,” says Armando D’Amico, managing partner at Acanthus Advisers, the London-based specialists in fund placement and corporate advisory work.

New funds have been scarce but not extinct in 2009. Resource Partners GP, Poland, has been expecting final approval from the EBRD for a Central & South Eastern Europe fund with a target of €200m, a projected first close of €51m, and a principal focus on agribusiness, food, and consumer goods. EBRD will contribute €25m initially, with a matching €25m from Rabobank, the Dutch financial services group.

PPF Partners, a new PE firm with an HQ in Guernsey and offices in Prague, has ambitions to build assets under management from €615m at its recent launch to €5bn within five years. Currently 72.5% owned by PPF Group, which is Czech billionaire Petr Kellner’s Dutch financial group, and 27.5% by Assicurazioni Generali, the Italian insurer, it aims to open up to external investors.

ARX Equity Partners, a mid-market buyout and growth capital firm has just announced the second close of its ARX III fund at €102m and still hopes to reach its target €125m by year-end. ARX’s investors are blue-chip global financial institutions.

“Fund raising’s been tough, but we did reach first close at €83m in Q4 last year and we’re very satisfied to have got to where we are now,” says Brian Wardrop, Co-Managing Partner at ARX, which has offices in Bucharest, Budapest, Prague and Warsaw. “The CEE story in the lower mid-market is playing quite well with LPs. We have diversified our LP base significantly with ARX III.”

Investors can see PE activity continuing as the shift towards more growth capital transactions continues and leverage remains available for the right size of deals in the right countries.

However, changed times are magnifying advantages that local players enjoy. At least in the mid-market and lower, such deal flow as exists is almost exclusively bilateral and local.

“Smart sellers know that you can’t really have 10 people in your option anymore,” explains Craig Butcher, senior partner at Mid Europa Partners, a leading independent PE firm focused on CEE and with around €3.2bn of assets under management.

“People have a sense of where value is and would rather have certainty and get things done. So they are largely working on a bilateral process with people that they know and trust, like us. That’s the advantage of having been around a while and having a broad set of relationships.”

In July, Mid Europa acquired 100% of the Slovenian cable and broadband operator UPC Slovenia from Liberty Global in an LBO for which roughly €75m in debt was raised towards an unconfirmed price rumoured to be around €130m to €150m.

“This tells you it’s still possible to do LBOs, at least in the mid-market,” says Craig Butcher. “It also tells you that for most corporates in CEE most markets tend to become core, non-core, core, non-core. That will continue to deliver deal flow. It was quite a noteworthy deal in Europe, as there are just not many deals. CEE is punching above its weight in these difficult times in terms of deal flow.”

In April, ARX completed an LBO when it bought 100% of Lexum Group, a Czech eye clinics group with growth potential at home and throughout CEE.

ARX’s Brian Wardrop reports that in the Czech Republic or Poland, debt capital of up to €15m is still available for quality deals and largely on a matching equity basis, so LBOs are still possible for enterprise values of between €20m and €40m.

When Enterprise Investors (EI) – a Polish-based manager focused on SMEs – raised EVF1, its first venture/ expansion fund, finding what was then around €150m proved “a little more difficult than before”, says Jacek Siwicki, president and board member. “But we still raised €100m in three months.” Leading investors in EVF1 include a family foundation as well as US and European institutions

EI, which claims to be Poland’s oldest PE and VC manager, has already closed four deals for EVF1 and will probably do two or three more by year-end, says Siwicki. Done deals include 100%, majority or minority stakes in IT outsourcing, a restaurant/music club chain, skincare and cosmetics. With 50,000+ companies in Poland employing fewer than 100 people, prospects are numerous. “We’ve seen a thousand proposals since April/May with the team we set up.”

Siwicki tells a similar story to Wardrop about investors. “A stream of LPs keeps visiting the region. There are probably fewer endowments at the moment, but a lot of fund-of-funds and quite a few pension funds. Some are coming to fact find, others are already invested, and some want to be ahead of the fund raising curve.”

He attributes this interest at least in part to Poland’s outperforming economy which grew 1.1% in Q2 according to the Polish Central Statistical Office and 1.4% according to Eurostat, the best result in Europe. Retail sales there have also been relatively resilient.

Being more export-dependent than Poland, the Czech Republic and Hungary, which was bailed out by the IMF, have fared less well, Romania and Bulgaria have struggled, the former Yugoslavia States worse still, and the Baltic States abysmally.

Says Henry Potter at Alpha Associates: “For LPs that are investing, there’s concern about the macro picture in CEE, which is probably unfortunate and a bit inaccurate because it’s not a homogenous region. There are some countries that grew their financial sector too quickly, and where there is currency risk, but that’s not true for the whole region and is probably not true for the larger economies, where most of the private equity deals are taking place.”

Could the fund-of-funds approach be boosted by investors in CEE looking to diversify risk?

“I’m not sure,” says Potter. “There is a place in the world for people who want a diversified risk in the region, whatever the point in the economic cycle. The Alpha model is attractive because we supplement fund-of-funds with secondaries, which we’re quite active on now, and direct investments, which historically have brought higher returns for our clients. So I think there’s an interesting play on the region through the model we offer.”

Added to which, says Brian Wardrop at ARX, the demographics will drive deal flow as founders of CEE companies launched in the early 1990s are now reaching the age of 50+, so are dealing with lifestyle issues, differences of opinion with co-founders, and retirement.

CEE also has useful counter cyclical investors providing funds with cornerstone finance. “Everyone who’s fund raising goes straight to EBRD and other similar investors such as EIF,” says Henry Potter. “It’s great to have that kind of shock absorber.”

Resolving currency questions would help to fix many short-term worries about volatility, but CEE’s most compelling pitch to LPs is its continued structural attraction, says Potter.

“Most people expect that over the medium to longer term, wealth and consumption levels in that part of the world will converge with those of Western Europe. If you take that as your starting assumption, there’ll be ups and downs in the journey, but the end point is one that will create a higher level of growth over a period of decades compared to Western Europe. That creates a nice tailwind for an investor, and given the shallow nature of stock markets in the region, private equity should be a core strategy to access exposure to fast growing mid-size companies.”

If investors needed any more encouragement to keep an open mind on CEE, it came in late August when MCI Management, Poland, announced that it was planning IPOs for portfolio companies ABC Data Sp, a Polish IT firm, and Invia.cz, a Czech travel services website.