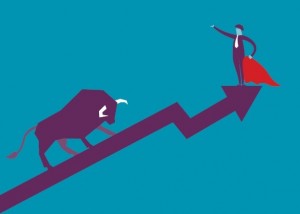 The stock market remained strong through the first half of 2015, which has motivated some firms to seek exits through public offerings.

The PE-backed IPO count jumped from six to 17 and the aggregate amount raised went from $1.11 billion to $6.58 billion. The largest offering ($2.15 billion) came from China-based pharma company 3SBio Inc, which is backed by CITIC Capital Partners and Walden International.

In third place was an offering from Trans Union LLC, a Chicago-based credit protection company that raised $660 million. It is sponsored by Advent International, Goldman Sachs & Co and Madison Dearborn Partners.

On the M&A front, Q2 saw sponsors exit companies at a nearly identical rate as Q1. The deal count was flat (136 transactions versus 135), while the overall deal value decreased by a little more than $1 billion.

Since the beginning of 2013, M&A deal value has been on a general trend upward as prices have risen. The second quarter’s total M&A deal value was nearly the same as it was for Q4, even though it had 47 fewer deals. Likewise, Q2 of 2014 outpaced the second quarter of this year by 36 deals (171 to 135), but the aggregate value was about $28.97 billion compared to $35.81 billion in the most recent quarter.

Of the 135 M&A exits in the second quarter, 49 have disclosed values, with 10 above $1 billion. Each of the top five deals represented a different industry, showing diversification in the market.

The largest deal was Hudson Pacific Properties Inc’s purchase of the Northern California real estate portfolio of the Blackstone Group for $3.54 billion.

Coming in second was Dynegy Inc’s purchase of some of the Midwestern-based power generation assets of EquiPower Resources Corp, a unit of Energy Capital Partners LLC, for $3.46 billion.

At No. 3 was Verisk Analytics Inc’s purchase of management consulting firm Wood Mackenzie Ltd from Hellman & Friedman  for $2.79 billion.

Rounding out that top five was Mallinckodt PLC’s purchase of biotech company Ikaria Inc from Madison Dearborn Partners for $2.30 billion.

Compared to Q1, the deal counts were spread more evenly amongst the sectors. High technology led the way with 20 (or 14.8 percent) of the 135 deals. In second place with 17 deals (12.6 percent) was consumer products and services. The industrials sector was third with 14 (10.4 percent).

There was a three-way tie for fourth place: healthcare; materials and media; and entertainment each accounted for 13 deals (9.6 percent).