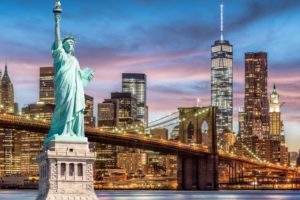 The New York private equity firm filed a Form D fundraising document for Radial Equity I late last month. The filing did not reference a target for the pool, which has yet to secure commitments. M2O Private Fund Advisors is the placement agent.

Radial was founded in 2019 by Carpenter, an 18-year veteran of Irving Place, formerly known as Bear Stearns Merchant Banking. BSMB was spun out of JPMorgan in 2008 and rebranded the same year.

Carpenter continues to be identified on Irving Place’s website as co-managing partner alongside John Howard, who established BSMB in 1997. While Radial has an independent site, its physical address is the same as Irving Place’s, suggesting the new firm is still getting underway or is an affiliate of the older one.

Radial and Irving Place did not respond to a request for comment on this story.

Radial specializes in investing in mid-market companies in North America’s industrial market, according to its Form ADV. The firm will target industrial sectors with stable and growing end-markets, among other attributes, and businesses with defensible supply-chain positions and products and services that are differentiated or difficult to replicate.

This broadly defined strategy is similar to Irving Place’s, which makes control and minority investments in companies with EBITDA of $7 million or greater in North American consumer, industrial and packaging sectors.

Irving Place closed three flagship funds to date. In 2015, it embarked on a major restructuring of Fund III, closed in 2006 at $2.7 billion. This resulted in a transaction that bought out investor stakes and created a new $1.5 billion pool, Private Equity International reported. Coller Capital played a key role in the deal.

Various reports indicate Irving Place was planning a fourth flagship, with targets ranging from $1 billion to $2 billion. It is not known if a launch is still being contemplated or is in process. The firm managed assets totaling about $868 million at the end of last year, its ADV filings show.

Radial’s debut offering comes as the PE fundraising market is being battered by the covid-19 pandemic downturn. The environment poses additional challenges for emerging managers with first-time funds, especially those which have not yet forged relationships with potential limited partners.

Prior to 2002, Carpenter worked for Brockway Moran & Partners and Trivest Partners. He began his career in 1994 as an investment banking analyst with Bear Stearns.