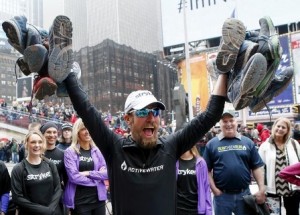 The filing said Irving Place Capital Partners III SPV raised $500 million from one investor. It’s not clear who the investor is. Park Hill Group worked on the fundraising, the filing said.

It’s also not clear if Irving Place intends to raise more money. The target of the fund is not indicated on the filing.

Alex Yankus, a spokesman for Irving Place, declined to comment.

Bloomberg reported in February that a consortium led by Coller Capital was in talks to buy out investors in Fund III and raise money for new investments. Bloomberg said the Abu Dhabi Investment Authority might partner with Coller on the deal. None of those details could be confirmed.

The Pennsylvania Public School Employees’ Retirement System, an LP in Fund III, had been considering selling its stake in the vehicle, according to the agenda for its May board meeting. However, no action was taken on the issue, said Evelyn Williams, spokeswoman for the pension system.

Fund III was generating a 3.4 percent net internal rate of return and a 1.22x multiple as of Dec. 31, 2014, according to the Oregon Public Employees Retirement Fund.

Correction: An earlier version of this report misspelled Alex Yankus’ name. The report has been updated.