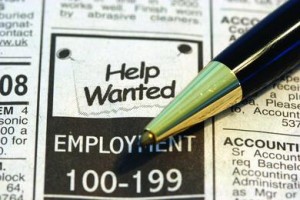 Germany sees temping as one of its hard-to-fire labour laws, which make firms reluctant to hire and increase the average duration of unemployment.

The trend gained fresh impetus from 2004, when deregulation and a first collective labour agreement came into force. Government has since legislated for large-scale introduction of publicly subsidised TWAs.

Unions and politicians have seen that short-term work is more effective than training and education programmes or subsidised jobs in tackling dole queues, as unemployed people on these programmes reduce efforts to find a regular job.

Investment bank GmbH reports that Germany’s temporary recruitment market has been growing at an annualised 12.15%. This has attracted private equity to catalyse consolidation and expand a hitherto fragmented service industry, explains Ralf Abele, vice-president at Baird, which is focused on M&A advisory in the industrials sector and middle-market M&A transactions.

Baird advised on PPM Capital’s €176.5m acquisition of orizon AG from GL AG, a deal completed in March. At the time it was signed in late 2006, orizon was already a leading TWA, with 71 offices and 5,800 employees across various sectors.

Since then it has completed two bolt-on acquisitions: SIR Industrieservice GmbH from ThyssenKrupp and Jobs In Time Holding GmbH. The consolidated orizon group expects sales of more than €300m in 2007 from 10,000 external employees and more than 100 offices.

Baird was also involved in discussions over the future of fast growing TimePartner GmbH, a top provider of temp services, particularly in aviation, logistics and engineering, prior to Munich-based Auctus Management selling it on to Investcorp for €250m in a July 2006 secondary purchase in a negotiated process with no other parties involved.

Other examples include ’s acquisition in March 2006 of , which was sold to Adecco in June for around €800m, representing 1.2x turnover and 12.8x EBITDA.

TUJA is another large TWA, employing around 20,000 and serving customers in mid-sized companies as well as larger clients in automotive supplies and air travel. Prior to Adecco stepping in, TUJA had increased sales from €240m to €650m in 18 months under Barclays’ involvement.

Such case studies show how private equity interest has accelerated growth: employees in bought-out companies increasing at a faster rate than other comparable firms.

They also demonstrate private equity’s underlying strategy: to buy and build to sell to leading international integrators such as Randstad and – the two market leaders in Germany – possibly to Manpower, or to large groups that currently have no, or only a limited, presence in Germany. Potential buyers include US and Japanese firms.

But how long can the story last for private equity? The scale of opportunity remains high. Temping has low penetration in Germany – around 1.0% of the labour force compared with the European average of 2.5% and rates of 4.8% in the UK, 4.5% in Netherlands, and 2.2% in France.

Penetration is expected to double in Germany by 2009. “Germany is developing along the lines of other European countries,” says Abele. “This is becoming less of a temporary tool to manage peak demand, and more of a strategic tool that covers a certain capacity,”

The scope is expanding too. The trend is towards higher qualified services such as accountants, finance, tax, engineering and specialist services such as medical care. German agencies have also expanded into Austria and Switzerland.

“There is very strong demand for administration, finance, and engineering services,” says Abele. “The companies focusing on these have higher margins and are less cyclical: a much better risk profile.”

The top ten TWAs are believed to have less than 50% of the market. At the moment, there are virtually no barriers to entering the market, and start-up costs are low. All a new TWA needs are some clients, phones and computers.

Bottlenecks are emerging, such as sourcing employees, particularly those that are more highly qualified. “That’s already a problem,” says Baird’s Abele. “TWAs are having to invest heavily in their own training programmes to raise qualification levels.”

All in all, private equity may have had its day in the market.

“It has been very fashionable, but I think that all the private investors that wanted to invest have done so,” Abele speculates. “They’re not really big competitors to the strategic investors anymore.”

While the Barclays Private Equity/TUJA story was “a benchmark, one of the best [TWA] deals that we have seen in Germany for the past few years”, it may also prove to have been the high-water mark for multiples, suggests Abele.

Private equity could previously outbid trade buyers. But with really cheap money now just a memory, private equity can’t afford to bid up. Moreover, remaining assets are more modest in scale – maybe €50m to €100m, reckons Abele. So the plums do not look so tempting to private equity.

Randstad’s €71m September purchase of Team BS from Baird Capital Partners Europe, a multiple of 9.5x EBITDA, underlined that the tables have turned.

Now may be a good time for private equity to cash in its chips after its temporary stint as a swing provider of labour. “There’s still high demand from the strategics,” says Abele.