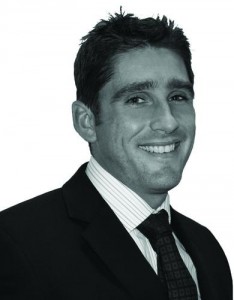 With China and India seizing the limelight on the Asian circuit with their fast-paced economic development, Japan has often been viewed as a contradiction in terms: the world’s second largest economy, but challenging for entrepreneurs to find opportunities. For a country whose labour market exhibits skill and work ethic beyond any other nation, Japan’s private sector saves far more than it can profitably invest at home, effectively wasting capital.

In many ways, Japan remains unreformed – and for the better. Certain policy initiatives were launched in the late 1990s, such as Japan’s “Big Bang” deregulation of the capital markets framework, but for the most part policy remained essentially conservative and reactive to the escalating economic distress. If Japan was truly reforming to an environment where return on capital was the goal, corporate investment would be diminishing. Instead it is driving Japan’s recovery and creating opportunities for the brave.

Growth depends heavily on exports and investment and Japan is finally playing to its strengths. Since 1999, net exports have shown drastic improvement driven by, firstly, depreciation of the Japanese yen and, secondly, China’s demand for Japanese technology. Japanese GDP growth continues to be export-driven as opposed to consumption-driven and hence China has and continues to play a large role in the revival of the Japanese economy. The ratio of Japanese corporate investment of GDP continues to be far higher than in other developed countries, in fact 40% higher than in the US or Germany, and the average Japanese company requires 70% more capital to produce a unit of value than a US company.

While Japan has retained many distinctive social and cultural characteristics, developing a unique model of its own, it is experiencing a definitive shift to a more open, competitive and globally aware society. As a result, Asia’s largest economy is set to emerge from a 15-year slump and present a large number of potentially attractive opportunities for investors. Some international private equity investors have recently even hailed Japan as the most attractive buyout market of all.

In generations gone by, distinctive characteristics of the Japanese economy included the cooperation of manufacturers, suppliers, distributors and banks in their respective sub-groups; the powerful enterprise unions and the annual negotiations with employees that resulted in automatic wage increases; snug relations with government bureaucrats; and the guarantee of lifetime employment in big corporations and highly-unionized blue collar factories (all of these forming part of the “Keiretsu” phenomenon at the time). In addition, the culture and history of corporate Japan failed to incentivise CEOs to implement change. Much of the business conservatism has come from a mindset born over hundreds of years of a local culture which many people would prefer to leave untouched, most of all the locals. However, certain fundamental, irreversible changes that have taken place in recent times economically have fuelled the development of private equity in Japan. Deregulation and the weakening of some age-old norms have moved Japanese companies further forward along the efficiency scale. These changes present numerous opportunities for private equity funds to acquire not only mature businesses with experienced management, but also companies with significant unrealised value.

Much of the recent awareness of private equity created can be attributed to the commitment of international firms setting up shop in Tokyo – such as Advent, Bain, KKR, Permira and TPG. Local firms have been facing competition as Western returns have become deliverable to local investors from their international counterparts and hence created healthy competition – however, interestingly in this case, competition to find a home for investor capital, not competition driving deal pricing. Also emerging is the cooperation between local fund managers and these international groups with Japan offices – very much complementing each other with different strengths.

Perceptions of private equity are changing in Japan and as a result CEOs have recently become more open to selling to PE players, on occasion inviting PE managers to bid for non-core units of large conglomerates. Many of the deals done by leading groups in the region are corporate spin-offs. Public companies also see teaming with PE managers as a refuge from the constraints of the public markets, especially when the company requires restructuring or interim financing that would burden the company’s bottom line in the short term, or from the possibility of hostile takeover – something that has become far more of a reality as M&A has picked up in recent years.

Given recent improvements in the economic backdrop of this unique country, private equity over the medium term has seemingly become an important source not only of financial capital, but also human capital and networks abroad. All these factors are seen as essential for the growth of business and very different to the previous set of requirements for managing and restructuring of distressed assets which has been prevalent since the 80s. During the period of distress, Japanese Private Equity fund managers created a perception of “vulture funds” – but consensus since then has been that traditional buyout funds have rapidly been gaining citizenship within the investor and corporate communities.

There are various local associations which have also contributed significantly to development of the local market – one being the Japan Private Equity Association (JPEA) and the other being Astoria which is mainly focused on educating the local institutional investor community.

Japan has an abundance of companies with long track records of profitability, a large middle market and opportunities in every sector. Insiders attest to improved transparency and a regulatory framework that can be relied on, which includes positive changes in the Anti-Monopoly Law, modifications to the Securities Exchange Law, and the implementation of international financial reporting standards. These changes, coupled with a continued high standard of corporate governance – of crucial importance to the local community – appear to be stimulating growth in mergers and acquisitions across the country.

There, however, remains a lack of understanding of private equity in the corporate environment as sellers are concerned about financial buyers focusing predominantly on profits – especially considering some of the large gains achieved on deals in recent years. Nevertheless, through a phase of micro-economic developments in recent years, and to an extent some important macro-related improvements, the stage has been set for the next phase of development in Japan’s private equity market.

An indicator of the potential for the future is the substantial margin for improvement in penetration, given the considerably lower proportion of private equity transactions as a percentage of total Japanese M&A activity compared to other industrialised economies. This is steadily increasing each year, and if penetration were to increase to only a fraction of even countries like South Korea and Taiwan, the market would be significantly larger than it is now, not to mention comparisons with the US and Europe. Leveraged financing is far more readily available than other developed markets, and at far more attractive rates, as a result of the main players having rebuilt capital and liquidity reserves steadily since the 1990s and not having significant exposures to US structured products. Pricing of deals is also very different to the early nineties where Japan was more expensive than the US for a number of years. In recent years the tables have turned and Japan’s average entry pricing is notably lower than its industrialised Western counterparts. Given historic trends and the relatively low level of competition for deals, this is unlikely to change in the near term.

On the exit front, the public markets are becoming more accepting of offerings from Private Equity groups. Demand from strategics is steadily growing as growth through acquisition has become an increasing trend for major corporates, many of whom have healthier balance sheets now after a decade of restructuring. The last five years have seen the entry of a number of global financial sponsors who tend to be on the larger side and justify their Japanese convictions through seeking large scale transactions. This may in certain cases create competition, but given the size of the market and the opportunity set, resulting in an additional group of buyers and an additional exit alternative for private equity players who have the ability to grow companies. Global strategics are also now more attracted to Japan than before, as the M&A market increases, and will generally seek professionally managed companies of size.

Unwinding of cross-holdings, an increasing number of corporate dislocations and restructurings, improvements in labour mobility as a result of changes in employment structures, and more open and transparent share structures are all key to management teams’ changes in focus towards creating and preserving shareholder value. All these pressures, coupled with a decade of stagnant growth and deflation, have forced companies to refocus their strategies.

Deal sourcing however remains topical, and deep local networks which some local players have, are of immeasurable value. These buyout firms are learning to orient their stories toward top-line growth rather than filling their own pockets – ultimately a conglomerate selling a particular division wants to know how the buyer plans to grow that business into a self-sustaining entity. Given this, firms need to dedicate significant resources to origination and accumulating goodwill through relationship-building and trust. Many discussions with potential sellers take several years to develop into viable transactions, a point which very much highlights the importance of local access and reputation.

While a sophisticated, diverse, fully-functional and open capital market is still emerging, the interaction of various long-term forces has brought dramatic structural change across the major sectors of the Japanese economy. As companies’ share prices become more sensitive to performance and healthy competition builds, management teams are gradually becoming more open to working with private equity practitioners who have proven the ability to execute effective operational and growth strategies. But this is not the US or Europe where deals are at times concluded in a matter of weeks – some deals can take two or three years for counterparties to reach a level of comfort, not to mention price. Management teams need to be convinced that potential investors have the credible track record and proven ability to execute the best strategy for their company – so patience is required on the part of Private Equity buyers.

It is important to recognise that a particular culture dominates the business scene, and successful international players are those who have understood that mastering relationships and building trust are of paramount importance in this major market full of promise.