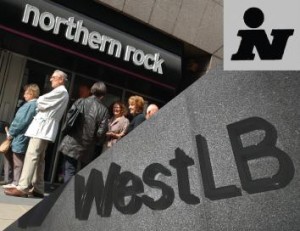 JC Flowers, a US private equity group headed by Christopher Flowers, is considering adding to its current tally of banking targets by making an offer for .

The firm is thought to have partnered with Icelandic bank Kaupthing to run the rule over a bid of up to €1.5bn for Irish Nationwide Building Society (INBS). Kaupthing is currently in the process of buying Dutch bank NIBC from .

, which is mainly focused on mortgages and commercial lending, has been looking for a buyer for more than 18 months.

Since then, a number of approaches have been made. Three months ago, Bank of Scotland and Quinlan Private, a Dublin based private equity firm, were thought to be considering an offer and last month, Ireland’s biggest bank, AIB, was reported to have approached National Irish Bank and another unnamed bank with a plan to make a joint bid.

According to reports, was proposing to break up Irish Nationwide as part of its plan to get around competition issues. However, Irish National and the unnamed bank were not interested. In October, the acquisitive Landsbanki was also considering launching a full offer.

A sale would be the biggest disposal of an Irish banking asset since 2004, when Danske Bank acquired National Irish Bank (NIB) in the Republic of Ireland and Northern Bank in Northern Ireland from National Bank of Australia in a €1.2bn deal.

This new approach to Irish Nationwide comes hot on the heels of news that JC Flowers has intensified its efforts to win the auction process for PLC after meeting advisers from the embattled bank. The US company is competing against rival bids including a Virgin Group-led consortium, which has been named as preferred bidder.

Paul Myners, who would become chairman of Northern Rock if the JC Flowers bid succeeded, said that a “very carefully defined business strategy” would aim to revive Northern Rock by increasing retail deposits and cutting its share of new mortgage lending.

Myners also said he “would like to get to a position where 30%–40% of the total funding requirement of Northern Rock came from retail deposits”.

At the same time, JC Flowers is also busy in Germany. German bankers expect Rolf Gerlach, the chairman of the supervisory board of regional bank WestLB, to step down imminently, ahead of his scheduled departure date at the end of the year. The move comes as politicians are preparing behind the scenes to put in place a new plan for the firm that could involve JC Flowers.

Gerlach’s possible move, which is the latest development in the extraordinary turmoil surrounding the German regional banking sector, is being seen as the clearest indication yet that a merger between and (LBBW) is now off the agenda.

He had been one of the most active supporters of a merger with Stuttgart-based , a stance that had put him on a collision course with North Rhine-Westphalia (NRW) politicians, who have been concerned that any tie-up with Stuttgart would threaten the status of NRW’s capital Duesseldorf, where WestLB is based.

WestLB is struggling after a shocking year in which it first lost more than €600m in proprietary trading irregularities, and then lost much of its senior management amid the regulatory investigations that followed.

But attention is now focusing on rumours that the bank could be heading for a merger with local savings bank associations as well as with , another NRW institution and one that almost collapsed earlier this year when its Rhineland Funding structured credit conduit became unable to fund itself in the CP market.

In addition, it is thought that a way might be engineered to allow JC Flowers to take a stake in any merged entity that included WestLB. Flowers has history in the Landesbank sector, having bought a 27% stake in HSH Nordbank from WestLB in 2006 – a move that led to the departure of HSH head Alexander Stuhlmann.

Christopher Flowers is credited with the turnaround of Shinsei bank in the 1990s. According to recent reports, he is considering an attempt to increase his remaining 6% stake in the Japanese bank to 32.6%.