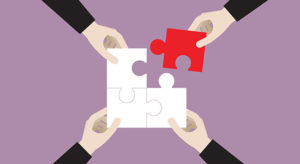 Jefferies Financial Group is bringing on DWS Group executive Rodrigo Patino to lead European GP-led secondaries deals, according to sources with knowledge of the situation.

The hiring is part of the relatively rapid expansion of Jefferies’ secondaries capabilities, which started in earnest in 2020 when the bank hired several executives from Greenhill to build out the strategy.

Big financial institutions are increasingly looking for ways to expand into secondaries advisory to help meet the demand of the growing market. Secondaries hit a record of more than $130 billion of volume last year, and is expected to get close to that tally this year, despite a slowdown amid economic uncertainty.

Patino worked at DWS since 2016, according to his LinkedIn profile. The firm promoted him in 2019 to director from vice president, Buyouts’ affiliate publication Secondaries Investor previously reported.

Before, he worked as a vice president at HarbourVest Partners. He also worked at Cerberus Capital Management and Goldman Sachs earlier in his career, his profile said.

Husain, who was head of private equity Americas, and Green, head of PE EMEA, led the secondaries business when the DWS closed its debut secondary fund on $550 million last year, the firm said in a statement.

Other financial institutions that have expanded their secondary advisory teams include Goldman Sachs, Moelis & Co, Rothschild & Co and William Blair.