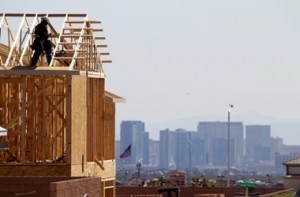 Publicly traded Builders FirstSource added about $650 million in market valuation after its April 13 announcement to buy ProBuild Holdings for a total of $1.8 billion. The seller is Devonshire Investors, the private equity firm affiliated with FMR LLC, the parent company of Fidelity Investments.

In a sign that Wall Street appears to be placing bets on further growth, Sterne Agee upped its price target to $19 from $6 for Builders FirstSource stock, which traded at about $13.60 a share at press time. Prior to the deal, the stock traded at $6.90.

Part of the richer valuation is tied to an expected $100 million to $120 million in annual cost savings at the combined company, which will emerge as one of the largest in the building products distribution space should the deal close as expected in the second half of 2015.

JLL Fund V paid $250 million for its stake in Builders FirstSource back in 2006, the second time a JLL fund invested in the company. Warburg Pincus also invested $250 million at the same time as JLL did. Each firm owns about 25 percent of the company and a chunk of it is owned by public equity holders.

The company went public in 2005. JLL funds made about a 3.4x multiple of invested capital, with a 26.3 percent IRR, when they exited Builders FirstSource in 2006 to JLL Fund V and Warburg Pincus, according to a source.

The 2006 sale drew unanimous consent of LP advisory committees for the JLL funds, since the firm was selling a company from an older fund to a new one, the source said.

It’s unusual for a firm to sell a stake in a company to a successor fund because it may raise questions from investors about whether the selling fund sold for too little, or whether the buyer fund paid too much, said Daniel Evans, a partner at Ropes & Gray and a specialist in sponsor acquisitions.

“There are some potential conflicts, but the presence of Warburg Pincus as a third party could give people comfort” with this specific deal, he said.

Bet on the housing market

Builders FirstSource went public in 2005 and faced tough market conditions in the wake of the 2008 collapse of Lehman Brothers. The prospects for the combined company appear to be bright.

“We are confident that the substantial additional resources that ProBuild brings to Builders FirstSource will help drive significant value creation over the long-term,” according to a prepared statement from Paul Levy, founder of JLL Partners.

On a pro forma basis, the combined company would have net debt of $2.1 billion or about 5.6x net debt to adjusted EBITDA, after giving effect to projected $110 million of annual run-rate cost savings, the midpoint of the projected range, Builders FirstSource said.

The combined company is expected to de-lever through cost savings realization, earnings expansion, and strong free cash flow generation from operations, enhanced by the recovering housing sector and the utilization of tax assets, the company said.