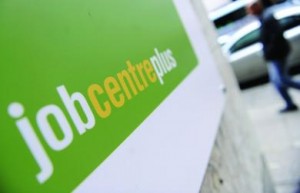 The private equity industry is facing challenging times. With the banks severely curtailing their lending to businesses, many private equity firms – large buyout funds in particular – are finding it nigh on impossible to source the debt funding required to support management buyouts.

According Dealogic, between 2003 and 2007 the amount of global debt provided by banks to support private equity-backed transactions rocketed from US$71bn to US$669bn. But now the bubble hasn’t just burst, it’s detonated. The volume of leverage provided in Q3 2008 was 75% lower than that of the same quarter the previous year. Furthermore, in October and November 2008, just US$6bn was raised to support buyouts in the US and Europe.

According to figures published by Corpfin, a leading provider of UK and European M&A data, the total volume of private equity transactions clocked in at just shy of 2,400 in Europe over the course of 2007, bearing a combined value of US$324bn. In 2008 the signs of a decline were in evidence, with just over US$136bn of investment activity conducted across 1,900 deals – a decline of 21% in the volume and 38% in terms of the value of transactions over the previous year.

And the news for this year isn’t looking any better. In Q1 2009 just 225 deals were completed in the whole of Europe, yielding a total value of US$2.6bn. In short, deal volumes have fallen off by 60%, and values by 90%, from the corresponding quarter last year.

Redundancies on the rise

Given this decline it is unsurprising that some private equity firms are looking to cut their costs, and as with any business one of the first areas that will come under scrutiny is the workforce. In the context of private equity firms, if – for whatever reasons – deal-doers become unable to carry out the role for which they were hired, their position of employment at the firm must come into question.

In terms of the type of firm that is looking for personnel restructuring, it is unsurprising that the large buyout houses are being forced to make tough decisions, in view of the banking industry’s reluctance to fund large-scale buyouts. According to Corpfin, the number of deals over US$1bn in value fell from 32 to 12 between 2007 and 2008.

Whereas the mid-market segment has also suffered – recent high-profile redundancies at firms such as HgCapital and 3i highlight this – on the whole firms focusing on smaller deals can enjoy slightly greater security, with banks continuing to syndicate debt to support apparently less risky transactions.

A recent white paper published by the Boston Consulting Group makes for sobering reading. According to the report, published in December 2008, anywhere between 20% to 40% of the world’s largest buyout houses could go out of business in the next three years. Amidst the doom and gloom, there are some rays of sunshine from the storm clouds that are gathering over the private equity industry.

The personnel are out there, but is anyone in a position to be hiring?

Gail McManus is the founder and managing director of recruitment firm, Private Equity Recruitment. She says: “A private equity firm’s ability to recruit new people largely depends on where it currently stands in the investment cycle. Those firms that have recently raised new funds will need, at the very least to retain their investment executives, or even bring new people on board in order to deploy those funds. However, those firms that are focusing on their portfolios will not need the same head count in terms of deal-doers.”

This in itself creates another dynamic. Charlie Johnstone is a partner at UK mid-market buyout specialist ECI. “There is an increased focus on portfolio management in the current climate, as firms need to work ever closer with their investments to ensure they survive the recession. This means that many deal-doers will either be deployed to work on the portfolio, or let go. However, this is not so prevalent in firms that have a combined portfolio and investment team, where the deal-doers continue to work with portfolio companies throughout the course of the investment.”

Given the lack of deals, another concern for private equity firms, even if they are not intending to make redundancies, is the ability to retain staff. Imelda Cox is a partner at executive search and recruitment specialists, Kirkpatrick. “Right now there is real need to work hard on keeping hold of your star players. It is essential that private equity firms finds ways of maintaining their motivation and dedication at a time when many are not able to do the job they were employed for – namely doing deals. One man’s loss can always be another man’s gain,” says Cox.

One investment executive observes. “Now is the time when many firms, who have not done so already, need to make plans for succession. Depending on the timing of carried interest payment, some partners who are approaching retirement are taking the opportunity to leave their posts, which can create opportunities either for promotion within the firm or recruitment from outside.”

One downside of this is that the firm will be losing a figure with a wealth of experience. Roger Hoyle, managing director of executive and senior management recruitment firm, Ashley Hoyle, identifies a further issue: “A high-profile departure could breach a key-man clause in the private placement memorandum, which in turn may impact on relations with investors, or even affect draw downs from the fund.”

Whereas losing senior executives seldom benefits any company in the short term, such moves could have a positive effect on the industry in the long term. Cox says: “Some of the more senior people are retiring, and in all likelihood many will reappear at the helm of their own funds in a couple of years time when the dust has settled.”

When times get tough, there will always be a niche in the market for people with specific skill sets. Townsend says: “Private equity firms are looking for strategists – those individuals that can advise them on what course of action to take to steer them through a downturn. Also, those few individuals who have corporate experience of the last recession will be invaluable to the private equity industry.”

Roger Hoyle agrees. “Of the sea of bankers and accountants actively seeking jobs, the ones that are the most attractive to private equity firms are those with experience of corporate recovery as unfortunately this is one key area that they will have to spend more time focusing on.”

At a time when institutions are reviewing their allocations to the private equity asset class, it is crucial that private equity firms ensure that lines of communication with their LPs are wide open. “It is a great time to be involved in investor relations,” says Cox, “not least because they can enjoy good job security but they will emerge from the downturn with new skill sets, making them extremely employable.”

Harry Friend heads the financial services division of VMA, a specialist recruitment firm focusing on communications, marketing, and investors relations. “Strong corporate communications is vital in the current climate, as it is important both to highlight the good news and to make sure the not-so-good news keeps out of the spotlight. It is encouraging to see that lessons have been learned from the venture capital shakeout eight years ago, as private equity firms now are investing heavily in communications, having seen that those firms which employed communications managers in 2001 emerged from the crisis on a stronger footing than those who did not.”

Cox agrees. “We are seeing many firms beefing up their communications operations, largely in order to comply with the Walker Guidelines Monitoring Group’s recommendations governing disclosure and transparency in the private equity industry.” Although adherence to the guidelines is voluntary, the majority of firms adhere to them, seeing this as a necessity for the future health of the industry.

Depending on their geographical and sector focus, some private equity funds are faring better than others, and if a fund has money to invest it will always need someone to do the deals. Townsend says: “Some infrastructure funds are defying the global trend and have good liquidity. Although there has been some slowdown in investments in emerging markets, these regions are prime candidates for infrastructure investment.”

Closer to home, the plethora of newly-launched infrastructure funds are spurring a recruitment drive. Hoyle says: “Government-led investment vehicles such as the £300m Community Infrastructure Fund are creating opportunities for employment in the private equity sector. Today there is a huge focus on regeneration in a number of social areas including transport, health, education facilities, social and green infrastructure, utilities and waste facilities, and public services, and skilled investment managers will be needed to make these investments.”

Whereas the dearth of new deal activity is forcing private equity firms to take a close look at their head count, the relative lack of redundancies – compared to other quarters of the financial infrastructure – suggests that most investment houses are aiming to retain staff rather than make a cull.

Aside from making new investments, there are plenty more areas of a private equity firm’s business which are busy enough to require new people to be brought in.

And we should not forget that private equity is a global game. If new deals are slow in the UK and US buyout market, there are other regions and other sectors that are taking on new recruits.