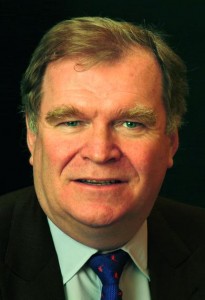 Chris Elliott, ’s head of infrastructure, says: “At that time trying to get institutional money to back PFI was very difficult.”

Even though Labour turned out to be no less ardent in its enthusiasm for PFI than the Tories had been – indeed its appetite for the funding method far exceeded the pioneering efforts of John Major’s Government – Elliott says it still took another three years before mainstream investors woke up to PFI’s charms.

“The sea change in investor attitudes occurred once the first wave of PFI projects became operational,” says Elliott. “Investors historically were nervous of construction-related risks. Once facilities became operational and were shown to generate long-term, stable cash-flows with a very strong covenant behind them, a lot of institutional investors, particularly pension funds, were attracted to the asset class.”

Now the PPP style investing, also dubbed “social infrastructure”, has become totally mainstream, and Elliott is predicting growing in-flows of institutional money. “Long-term investors such as pension funds need to match assets and liabilities. If you look at what a PFI style investment can give, that’s quite a good match, credit crunch or not,” says Elliott.

“Our investment strategy is very focused onto assets which have a contractual relationship rather than a regulatory relationship, which achieves much lower volatility of income. The project financing structures are designed to mitigate risks, particularly during the construction phase. There is a high degree of certainty regarding the timing and magnitude of your returns.”

“It is the most suitable for a certain type of investment objective. If you’re looking for relative long-term certainty, few other asset classes offer such characteristics.”

However most market participants agree the PFI/PPP may have already passed its peak in the UK market. There are also continuing doubts about whether PFI/PPP represents a good deal for the taxpayer. Recently, the House of Commons Transport Committee urged the UK Government and Transport for London to think hard before leaping into bed with another private sector partner following the collapse of the consortium that was supposed to be maintaining parts of London Underground.

Committee chairman Gwyneth Dunwoody said: “If the Government is ever again tempted by a seemingly good deal from the private sector, it should recall Metronet’s pathetic under-delivery and the deficiencies in the contracts that allowed it to happen.”

Even so there is obviously plenty of scope for secondary deals in the UK market as most concessions have lifespans of 25 to 30 years. Elliott implies the global liquidity squeeze is, if anything, making such deals affordable. “In some early sales in the secondary market, people were quite aggressive, as they exploited the gearing available in the market. But with the credit crunch, gearing levels have had to be reduced, so some prices in the secondary market have come down.”

Elliott believes that one of the biggest issues with PFI/PPP in the UK is that it is increasingly straight-jacketed into Treasury-imposed “standard form contracts” which have removed the scope for imagination and creativity. “The obsession with the lowest cost of capital leads to very rigid regimes that do not allow flexibility.”

These are among the reasons why investors and advisers specialising in the sector are increasingly looking to transfer their skills to Continental Europe and even further afield. Barclays Private Equity last year opened an office in Paris to focus on infrastructure investment and has already secured two deals there. These are a sports training centre near Paris, and a hospital in Brittany.

Elliott says that French President Nicolas Sarkozy is more favourable towards PPP than his predecessor Jacques Chirac, which should accelerate the sector’s growth in France. He also welcomes the fact the French Government has not tried to force-fit projects into a one-size-fits-all contractual framework . “That should be a strength as their projects progress.”

’ co-head of infrastructure Paul Woodbury adds that the French market has been a-buzz with deals since the country finally got around to fine-tuning the legal structure for PPP deals two years ago. He says that both Spain and Portugal are also developed markets, though have traditionally been dominated by big integrated infrastructure companies such as Ferrovial.

Barclays is actively bidding for infrastructure projects, including hospitals, schools and roads, in Belgium, Luxembourg, Germany, Italy and Portugal. Elliott says: “We do see quite a strong appetite [for PPP] across Europe now. France has the greatest deal flow at the moment. The major economies – Germany, Italy and Spain – are also progressing PPP. Some of them have a far greater history of public/private cooperation and partnership and concession-based financing than we historically had in the UK.”

Henderson Equity Partners’ third infrastructure concession fund – worth £1.2bn – is targeting primary and secondary infrastructure concessions in the UK, Europe and North America, whereas the group’s first two were focused exclusively on the UK. However the complications of running a multi-country fund investing in social infrastructure should not be under-estimated. “At the very least you’re going to have to clock up a lot of Air Miles,” says Michael Queen, managing partner at 3i.