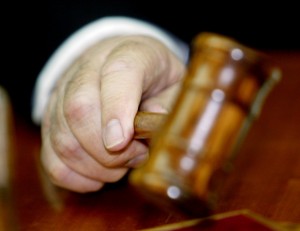 VSS filed suit about two years ago accusing George Cole, Hal Greenberg and Michael Kessler of breach of contract, violations of their duties of loyalty and fiduciary duties, and demanded $10 million in exemplary damages in addition to clawbacks of salary and carried interest.

State Supreme Court Judge O. Peter Sherwood threw out the claims against Kessler, and dismissed six out of eight claims against Cole and Greenberg, according to a June 25 ruling.

Sherwood scheduled a pre-trial conference for July 28 on two remaining claims against Cole and Greenberg: alleged breach of fiduciary duty and a claim for declaratory judgment. On the latter issue, VSS is asking for the judge to rule that it retroactively terminated the employees for cause, that the defendants’ carry units were properly canceled, and that the defendants were no longer entitled to waiver distributions.

Jeffrey Stevenson, managing partner of VSS, declined to comment on the suit, as did the defendants and a spokesman for Riverside Co.

VSS sued after Cole filed a wrongful termination suit against the firm in federal court seeking at least $650,000, the amount he calculated he would be entitled to under VSS’s severance policy. That case continues.

Cole, Greenberg, Kessler, Jeffrey Gordon and Jay Reynolds, all members of the VSS structured capital team, joined Riverside Co in September 2013 to set up a credit strategies group for the Cleveland-based firm.

Riverside Strategic Capital Fund I LP raised $45 million and listed a target of $350 million, according to a Form D filing in April.

The June 25 ruling by Judge Sherwood also revealed that current VSS executives David Bainbridge and Chris Russell, both managing directors, were seeking employment elsewhere at the time the dispute arose. The three executives named in the suit alleged VSS “tolerated virtually identical behavior from Bainbridge and Russell and indeed, VSS has never terminated anyone for cause in its history,” Sherwood said in his ruling. “Unsurprisingly, VSS disagrees.”