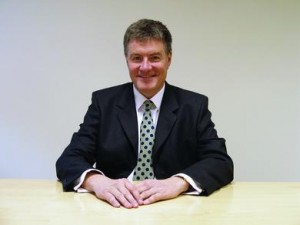 London-based Kelso Place Asset Management has closed its third turnaround fund – the Kelso Place Special Situations Fund. With investments of £100m, it is significantly larger than the firms two other offerings. Just shy of 50% of the fund’s assets have been raised from two Kelso Place principals, Sion Kearsey and John Drinkwater. Kearsey was formerly one of the youngest managing directors of Goldman Sachs, a post he was appointed to at the age of 29. Drinkwater was also formerly employed by Goldman Sachs where he was an executive director in charge of managed credit and structured sales and marketing groups. The rest of the investment into the fund was by two family offices that have invested previously with Kelso Place. The fund will make individual equity investments of up to £20m in any single transactions and its investors have expressed a willingness and an appetite to co-invest larger amounts alongside the fund. The fund’s investment criteria largely mirrors that of the firm’s two other funds. Its preferred investment targets are turnarounds, non-core subsidiaries and development capital opportunities. According to Drinkwater, Kelso’s other two funds have returned more than 50%. He said: “Our worst exit to date had an IFF of 42%.” No wonder the founders wanted a big piece of the fund for themselves. Drinkwater also said of his investment that he didn’t want the pressure of getting the money out the door quickly and that he would focus on fewer and better investments. “We are precious about each and every investment; we don’t want to loose money.”

The management plans to make a small number of long term investments in UK-based businesses in any sector, where it believes its active approach can create significant value. But the group does have a penchant for luxury brands and its current investments include Smythson of Bond Street, one of the world’s premier stationery and leather goods brands and Anya Hindmarch, a designer brand famous for handbags.