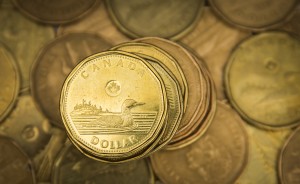 Kilmer Group has raised over C$415 million ($316.2 mln) in committed capital for three private equity funds. They include two mid-market vehicles managed by Kilmer Capital Partners, the firm’s fund manager. This activity, begun in 2001, sought to leverage Kilmer Group’s many years of experience investing directly in companies in a range of industries, from communications and electronics manufacturing to sports and entertainment.

However, two years ago, the family office began to question whether traditional models of private equity investing were compatible with its own investment philosophy, Kilmer Capital Partners President and Managing Partner Anthony Sigel said.

Kilmer Group’s biggest objection was the investment hold periods of most funds, which usually average between three to five years and may lead to quality companies being sold too soon.

Sigel recalled a conversation in which Tanenbaum asked: “Why are we selling these businesses if we understand them, see a future for them, and they’re performing so well?”

Kilmer Group’s direct deals have had especially long horizons. The firm’s investment stakes in cable operators have averaged 17 years, while those in sports entities have averaged 13 years.

“We wanted longer hold periods and freedom about when to sell,” Sigel said. “Our experience taught us the cost of holding a good business is low. Additionally, by holding assets longer multiples on invested capital would potentially be much higher.”

This fund-less strategy was preferred by Kilmer Group to raising longer-life funds, which some sponsors, such as Blackstone Group and Carlyle Group, have launched or considered launching in response to demand from institutional investors.

A fund-less model is closer to Kilmer Group’s traditional approach, Sigel said. It gives the firm “more latitude and flexibility to build companies over long periods.”

Sigel believes the model still allows Kilmer Group to move quickly on deals when necessary, and bring in co-investors subsequently: “Our limited partners have worked with Kilmer long enough to be able to ride shotgun in the due diligence process,” he said.

Kilmer Group does not expect to miss some of the benefits of third-party institutional funds, such as committed capital fee streams. That’s because these benefits will be “greatly outweighed” by returns generated from investing longer, Sigel said.

He declined to comment on the performance of investments made by the family office or its fund business.

Under its fund-less model, Kilmer Group will invest in mid-market companies using the same criteria as its funds. It plans to be “opportunistic” in its deals, selecting well-established businesses in food and consumer branded products, building materials, financial services and other industries in which Kilmer Group can be a “good long-term owner,” Sigel said.

Sigel believes English Bay is an ideal candidate for an indefinite hold period: “People have been baking since Biblical days.”

“It’s a big industry in which to establish a foothold and grow the business naturally,” he said. English Bay offers other benefits, such as stability, strong cash metrics, and “pockets of opportunity” born of changing consumer preferences.

Kilmer Group, which has been investing directly for over four decades, is perhaps best known for its sports-related deals. In 1996, it acquired a significant stake in Maple Leaf Sports & Entertainment, the parent of the Toronto Maple Leafs, the Toronto Raptors and other sports franchises and venues. Tanenbaum serves as the company’s chairman.

Kilmer Group recently added to its sports portfolio. In May, it partnered with Bell Canada in the acquisition of the Toronto Argonauts, North America’s oldest professional football club.