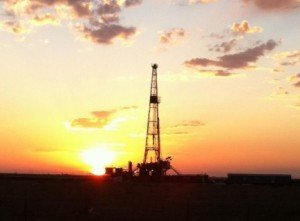 KKR, one of the world’s biggest private equity firms with $96 billion in assets under management, overpaid for Samson, and persistently low natural gas prices have hampered its ability to finance the company and added to its debt burden, the people said. KKR’s plan was to shift Samson’s assets from natural gas production more into oil and liquids.

With U.S. crude oil futures down 25 percent since June, Samson has hired Bank of Nova Scotia to sell the Bakken assets, and the company is contemplating more asset sales to raise cash, the people said, without specifying which other assets.

In the medium-term, Samson may look at acquiring higher-income properties, turning to its private equity owners or external investors for financing, one of the people said.

A Samson spokesman did not respond to several requests for comment. Bank of Nova Scotia declined to comment.

Carlyle Group LP’s Energy Capital Management LLC, Crestview Advisors LLC and Itochu invested alongside KKR in Samson. KKR, Carlyle and Crestview declined to comment, while Itochu did not respond to a request for comment.

Samson doesn’t face any imminent debt maturities or breaches of credit covenants. But the Tulsa, Oklahoma-based company has posted large losses so far this year. Samson’s bonds are trading around 70 cents on the dollar, indicating that KKR and its partners’ equity in the company would probably be wiped out were the whole company to be sold now.

It also shows how the drop in oil prices is exacerbating struggles for companies in the sector, especially those with high debt loads.

Apollo Global Management LLC’s Jupiter Resources, for example, has seen its bonds trade at below 90 cents on the dollar, just one month after it issued them to help fund its $1.8 billion acquisition from Canada’s Encana Corp.

Samson has time to restore its fortunes. KKR and its partners agreed to invest $4.15 billion as equity in Samson, financing the rest of the purchase price with debt—a relatively low use of leverage in the buyout by historical standards.

Samson, which has properties spread across the Rockies, Oklahoma and East Texas, has reduced its net acreage to 1.6 million from 3 million since KKR took over. These asset sales include a deal two years ago to sell some of its Bakken acreage to Continental Resources Inc for $649.3 million.

KKR had hoped more of Samson’s assets would have developed into higher production by now.

“Everyone wants to be near the ‘sweet spot’ where the reservoir produces the most liquid and a higher concentration of hydrocarbons per square foot,” said Allen Brooks of boutique investment bank PPHB LP.

Last year, Samson appointed former Rosetta Resources Inc CEO Randy Limbacher as its chief executive. He has said he would like to eventually take Samson public.

Some relief may also be in sight. Natural gas prices have risen 25 percent in the last eight days, buoyed by early cold weather in the United States. A sustained rally in gas prices could boost Samson’s profits.