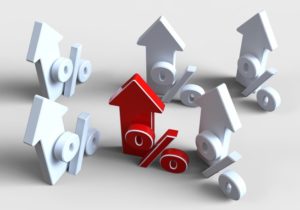 KKR Lending Partners IV is targeted to secure $1.5 billion to $2 billion, according to materials prepared for Plymouth County Retirement Association.

A first closing was held in mid-March, totaling about $334 million. A final closing is expected to take place in the fourth quarter. KKR declined to comment.

Rising interest rates – reinforced this week by the Federal Reserve’s vow to continue battling inflation – are motivating LPs to explore asset classes that provide some measure of refuge. One of the beneficiaries appears to be private debt, and especially direct lending, owing to key characteristics like floating rates and structural protections.

A July white paper by Ares Management found direct loans delivered much better returns than other credit investments (syndicated bank loans, high-yield bonds and investment-grade corporate bonds) in periods of rate increases and recessions. It concluded that “direct loans are set up to outperform in the current interest rate hiking cycle and related market volatility.”

Credit investments will be concentrated in the US (minimum 70 percent), with the balance in Europe and Australia. Sectors of interest will be those traditionally favored by KKR, such as business services, consumer, healthcare, insurance and technology.

Fund IV will target a levered gross IRR of 11 percent to 14 percent and a net IRR of 9 percent to 12 percent, according to PCRA materials.

Direct lending is a strategy of the $178 billion KKR Credit, established by the firm in 2004. The private debt platform, which also features strategies like opportunistic credit and special situations, is co-headed by Daniel Pietrzak and Matthieu Boulanger.

Private credit fundraising in North America was robust in this year’s first half, Private Debt Investor reported, with inflows totaling $48.2 billion, off only slightly from 2021’s record pace. A crucial factor was fund sizes, which averaged $1.1 billion, up from $736 million last year and $376 million in 2020.

If KKR’s Fund IV reaches its goal, it will add to this trend. So too will the offerings of other sponsors, such as Antares Senior Loan Fund II, Fortress Lending Fund III and Sixth Street Lending Partners, which are seeking up to $5 billion, $2.5 billion and up to $5.5 billion, respectively, Buyouts reported.

(This story was updated to clarify the leadership of KKR Credit’s private debt platform.)