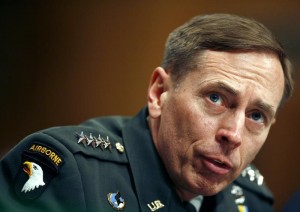 Petraeus, who resigned as CIA director in 2012, agreed to two years of probation and to pay a $40,000 fine, according to plea agreement with the U.S. Department of Justice. The document was filed on March 3 in U.S. District Court Western District of North Carolina in Charlotte.

Reuters reported that a “law enforcement source said Petraeus is pleading guilty to a misdemeanor charge and is unlikely to be sentenced to serve prison time.”

In a prepared statement, KKR spokeswoman Kristi Huller said Petraeus “has made valuable contributions” since he joined the firm in 2013.

“His work has benefited our investors,” Huller said in an email to Buyouts. ”We look forward to working with him as he continues to add value as chairman of the KKR Global Institute.”

The case against Petraeus arose from an affair with Army Reserve officer Paula Broadwell, who was writing his biography at the time. Prosecutors focused on whether he gave Broadwell access to classified information.

Petraeus is involved in the KKR investment process and oversees the institute’s thought leadership platform focused on geopolitical and macro-economic trends, according to his biography on the KKR website.

Other leadership at the KKR Global Institute includes Henry McVey, member and head of global macros and asset allocation.

Petraeus, who has advised the Obama administration on Iraq since his departure from the CIA, has been making appearances for KKR on the lecture circuit. He was interviewed at the SuperReturn conference in Berlin last month, for example. In December, he told Bloomberg that KKR was weighing potential deals in Mexico.

KKR  features an undated interview with Henry Kravis and Petraeus on its website. The KKR Global Institute will help the firm seek additional locations and sectors in which it could invest, according to the video. Kravis said the institute may help it spot “minefields” for investing and contribute to its macroeconomic resources.