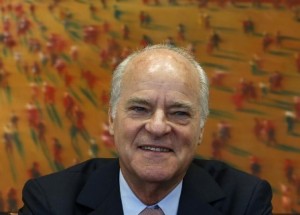 The fund would follow up the $9 billion North America Fund XI raised in 2012. That pool is already about 60 percent deployed with average equity checks of about $300 million. It’s producing “top quartile” returns, Nuttall said. The firm disclosed that Fund XI fund delivered a gross return of 10.7 percent in the second quarter.

Despite high deal prices, KKR is managing to put money to work, Nuttall said. “We continue to find interesting ways to deploy capital,” he said.

In a separate hint about future plans at the firm, KKR said it’s studying the possibility of launching longer-life funds beyond the traditional 10 years, but the firm didn’t provide any further details.

During the second quarter, KKR closed its KKR Global Infrastructure Investors II with $3.1 billion in commitments, about triple the size of its $1.04 billion debut infrastructure fund.

It also held a second close on its Direct Lending Europe I at $400 million.

Looking ahead, KKR plans to scale up its infrastructure and alternative credit businesses.

So far this year, KKR has invested $1.4 billion from its balance sheet, including an additional $200 million into WMI Holdings, which KKR officials said could make future acquisitions in the banking space.

It’s also launched a new real estate credit effort with a 12-person team now in place and about $210 million invested from its balance sheet.