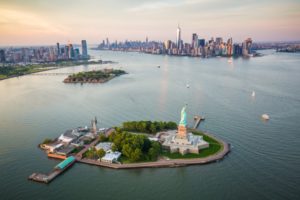 KKR is positioned to deploy capital into the dislocated markets as the firm welcomed a host of new fund investors since the beginning of the year, firm senior executives said on its first-quarter earnings call Wednesday.

KKR has about $58 billion of uncalled capital across its platform ready to be spent. It deployed about $8 billion since around February 21, with $5 billion in credit and $3 billion in equities.

“We find ourselves in the fortunate position of being ready as a firm this time to not only play defense but also to play more offense,” Nuttall said. “And we’ve been doing a lot of both of those over the last several weeks.”

Over the past few years, the firm positioned its distressed investing and private equity teams closer together. The teams created a target list of companies into which they could invest through debt or equity amid market dislocation.

Using that list, KKR has invested in companies it knows, Nuttall said. “We’re also finding opportunities for our portfolio companies to pursue M&A and to invest behind former portfolio companies … and we are looking at non-core subsidiary sales from companies looking to de-lever or buy back stock. So there’s plenty to do on new investments.”

Investing opportunities are emerging around four themes, Nuttall said. The first has been investing into dislocated traded credit and equities, he said. “We’ve been particularly busy on that front over the last couple months.”

The second theme involves providing liquidity to companies in need, Nuttall said. US Foods, a former KKR investment, is one example of this, he said. KKR agreed in April to buy $500 million in convertible preferred equity in the company, which it acquired alongside CD&R in 2007. US Foods went public in 2016.

“When we have companies we know and like looking for liquidity, we can move quickly,” Nuttall said. “US Foods is one example.” KKR has several other situations like this in the pipeline, he said.

The third theme is portfolio companies adding on to their platforms. Add-on activity will increase as valuations come down and target acquisitions that firms have already researched to grow platform investments become cheaper.

Finally, the fourth theme to emerge will be around large companies, public and private, selling non-core subsidiaries as they look to pay down debt and potentially buy back stock.

These themes started in the traded market and are now moving into the private markets, Nuttall said. “Some of those are in areas we may have shied away from in the past because valuations were too high and started to come back our way,” he said.

The firm has a few challenging investments, but does not have major exposure to the most vulnerable industries, executives said. The global portfolio has about 2 percent in energy, 4 percent in retail and 1 percent in hospitality, Nuttall said.

KKR’s private equity program generated a 12 percent loss for the quarter, PEI reported earlier. The firm had about $90 million of clawback exposure across its platform – meaning money it would owe back to fund investors if the funds were immediately exited.