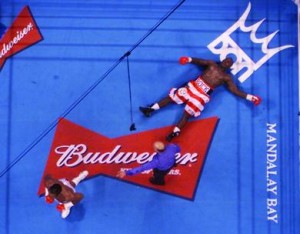 Even before the global economy nose-dived, investors in private equity were already broadening their horizons, and the infrastructure sector was on the list of profitable places to be. After the sub-prime crisis, infrastructure became increasingly popular as a defensive play – it generated unspectacular returns, but it was stable, it was safe. The investments offered lower risk, solid assets with reliable cash flow

Infrastructure funds focused on sectors such as transport, such as toll roads and airports, in utilities and in social infrastructure, which includes schools, hospitals and university accommodation.

Between 2003 and 2007 there were five years of increases in fund raising by unlisted infrastructure funds. While there was a dip in 2008, this was reflective of all alternative asset markets and, according to research group Preqin, did not necessarily represent a fall in investor interest but rather, was due to cautious investors delaying commitments during the uncertainties caused by global financial turmoil.

There will still be pressure on fund raising during 2009, but the market is likely to continue to attract new investors, believes Preqin, because its investment characteristics are attractive in an economic downturn. These include fairly stable and predictable cash flows and a hedge against inflation, which mean infrastructure investment can be resilient to economic cycles.

“Infrastructure is still regarded by investors as an attractive place to invest,” says Jonathan Simpson, a partner at law firm Paul Hastings. “PE players and infrastructure funds are still investing in this area and, in the case of PE funds, with renewed vigour.” Funds are still popular and haven’t suffered to the extent that other asset classes have, he says.

There is also the fact that demand for new finance for infrastructure is expected to grow dramatically in the coming years. While the credit crunch has dampened the market in the short term, in the medium-to-long term the plans of national governments for new infrastructure are likely to boost the role of private finance.

The US$93bn raised by unlisted infrastructure funds since 2005 may seem like a high number but is relatively small when compared with the kinds of sums that governments will be seeking to build or improve their countries’ infrastructure. The US, for example, has a US$1.6trn deficit in funding its infrastructure maintenance and repairs until 2010. The world’s demand for infrastructure funding has been estimated at up to US$41trn by 2030.

Despite these potentially huge opportunities for investment, the credit crunch is affecting infrastructure funds’ ability to do deals, especially in the listed sector. According to PricewaterhouseCoopers (PwC), the contraction in debt availability has led to concerns over the viability of business models across the listed fund sector and seen some deals postponed or cancelled. Lack of debt in the project finance sector has led to diminishing returns for some investors.

Cressida Hogg, managing partner for infrastructure at 3i, said in a recent statement: “While small and mid-sized deals in lower-risk infrastructure assets are still financeable by individual banks, the availability of debt financing for large deals is now only achievable using large clubs of banks.”

She added: “Across the market, the cost of debt finance is higher and is available on less beneficial terms that at the height of the market. The very long-term debt packages that were available on some assets are now usually offered at shorter tenors.”

As a result of the lack of debt liquidity, some funds are having to put a lot more equity into transactions, while others are finding it harder to put together credible bid packages.

A consortium including Citigroup’s infrastructure fund, for example, was dropped from the contest to acquire the UK’s Gatwick Airport in May this year because the seller judged the bid uncompetitive on price and said there were “no assurances on deliverability”. The decision came only weeks after Citi Infrastructure Investors fund and its partner saw their winning bid for Chicago’s Midway Airport collapse because of problems securing financing.

The listed funds sector has been particularly hard hit by the credit crunch. They have been affected by the loss of shareholder confidence in the financial services sector generally, with share prices of listed infrastructure funds losing value, especially in Australia where, in the 1990s, pension fund money helped pioneers like Macquarie expand into infrastructure funds. Since September 2008, Australian listed funds like Macquarie, Challenger and Asciano ran into major problems, while Babcock & Brown went bankrupt.

Part of the reason for the problems is the business model of listed funds, which required high levels of debt in the capital structure, and where those debt structures were provided on a short-term basis, problems were always possible if the debt market turned.

These funds needed to keep returning to the markets for capital as they acquired assets. This kind of approach worked in the boom times, when equity and debt capital was easily available, but when markets began to seize up after the credit crunch some listed funds were left high and dry.

“With equity markets closed to funds following major share price declines, the funds’ need to refinance debt saw them selling equity stakes in investments to prop up their balance sheets,” says Colin Smith, infrastructure director in PwC transaction services: “These were inevitably those assets that were most valuable.”

Sydney stock exchange-listed Challenger Infrastructure Fund sold a third of its interest in the UK’s Southern Water last December for £100m, to help it pay down debt and repurchase shares. Asciano Group, meanwhile, has been negotiating with its bankers to extend debt facilities and has been trying to sell businesses to reduce its heavy debt burden of US$3.5bn.

Macquarie Infrastructure Group (MIG), the world’s largest owner of toll roads and which is 14% owned by Macquarie Group, has also been selling off assets. In December it sold its stake in Sydney’s Westlink M7 toll road for US$527m. Some analysts argue that MIG must either raise more equity, sell all or part of its Canadian toll road H407, or sit tight in the hope that debt markets recover. Babcock & Brown Infrastructure (BBI), the infrastructure arm of the bankrupt investment bank, has also been attempting to sell off assets.

The unlisted infrastructure fund market is, if not booming, then buoyant, judging by the number of funds seeking support. According to Preqin, at the start of 2009 there were 84 funds on the road, seeking US$91bn – about double what was being sought in January 2008.

But there are indications that the large number of funds seeking investors is leading to a saturated market. Competition is leading to a reduction in fund raising targets by some funds, extensions in expected close dates and, in some cases, abandonment of fund raising altogether.

“Not all the funds will be successful in their fund raising,” says Colin Smith of PwC. “The market will favour those that have produced decent returns in the downturn and that are tried and tested.”

As for the PE houses entering the market, the jury is still out. “It can be quite difficult for PE houses to establish themselves as infrastructure players because they’re looking to the same LPs who’ve invested in their PE funds but asking them to consider them as infrastructure, rather than PE, investors,” says Smith. However, they do have some competitive advantages compared to more traditional infrastructure players, says PwC partner Andrew McCrosson, notably a wider geographical network and a longer track record in deal execution.

For both PE houses and other infrastructure funds to succeed, they will need to invest in attractive deals. Unfortunately for them, deal activity has been affected by both the general economic uncertainty, lack of credit and also a gap in price expectations between buyers and sellers.

Jonathan Simpson of Paul Hastings says: “The deals getting done today are those that involve buying and selling existing interests in projects, whilst preserving existing debt funding packages. Obviously, there will be some competition for such deals.”

The large funds raised in the past year or two, however, mean there will be pressures to get deal flow moving. “If you believe the studies, there’s about US$100m of uninvested equity out there and funds can’t sit on that forever,” says Smith, adding that a key factor in determining when activity recovers will be the attitude of the lending banks.

McCrosson adds that he expects to see a narrowing of the gap in price expectations between buyers and sellers. This mismatch has held back progress on some deals in recent months. He says: “From the seller side, the need to raise new capital is likely to affect the price they are willing to accept, while there will also be more opportunities as governments seek to attract capital for infrastructure or sell off assets to ease their deficits.”