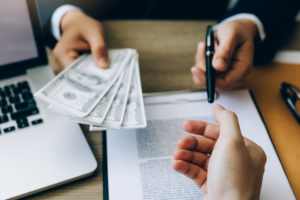 Kohlberg & Co is running a process to move around four assets out of its 2012 vintage fund and into a continuation pool, for more time to manage the assets while providing distributions to existing investors, sources told Buyouts.

The Kohlberg & Co process is one among several high-profile GP-led deals that are driving market volume, even as secondaries gradually recovers from the pandemic lockdown. Another large process involves Leonard Green moving assets out of its 2007 fund and into a continuation pool.

Lazard is working as secondaries adviser on the process, which only recently went live, sources said. A spokesman for Kohlberg & Co did not return a request for comment Friday.

Existing LPs in Fund VII will have the option to cash out of their interests in the pool, or roll their stakes into the continuation vehicle, sources said. It’s not clear if existing investors will have a ‘status quo’ option, meaning they can roll their interests on substantially the same basis as their original commitment, with no obligation to commit new capital as part of the deal.

Jerome Kohlberg, a founding partner of Kohlberg Kravis Roberts, launched Kohlberg & Co in 1987 to pursue mid-market investments after breaking with his younger partners. Kohlberg died in 2015.

The firm is led by managing partner Samuel Frieder and chief investment officer Gordon Woodward. Frieder owns at least 25 percent of the management company, according to the firm’s Form ADV.

Kohlberg & Co managed about $6.4 billion of client assets, about $6.2 billion of them on a discretionary basis, the Form ADV said.

Overall, total deal volume in 2020 was estimated around $60 billion, versus a record high of $80 billion in 2019, according to Evercore’s full-year volume report. GP-led deals represented about 53 percent of total deal volume last year (or around $32 billion), Evercore estimated.

Other big deals moving through the market include Leonard Green, which is moving assets out of its 2007 Fund V and into a continuation pool. Ardian has emerged as the lead, and potentially sole, investor on a large continuation fund deal by New Mountain, Buyouts previously reported.

Correction: A previous version of this story incorrectly stated that Ardian had emerged as lead investor in a Leonard Green secondary process. Buyouts previously reported the firm was lead investor on New Mountain’s continuation fund secondary. The report has been updated.