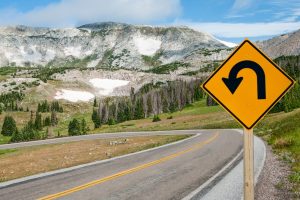 KPS Capital Partners closed its first-ever mid-cap fund on just over $1 billion alongside its fifth flagship pool, which hit its hard cap of $6.12 billion.

The fundraising proceeded quickly. PPMs were distributed on Sept. 4 and the deadline for LPs to submit commitment levels was set for Oct. 4. KPS received more than $15 billion aggregate investor demand.

The funds have a unique fee structure, with a 1.25 percent management fee and a 30 percent carry.

With the private equity industry standard usually being a 2 percent management fee and 20 percent carry, investors to the fund will pay less up front, but KPS will keep more of the investment returns than typical.

The source told Buyouts the lower management fee and higher carry are because KPS wants to “align its interests fully with its LPs and generate value by focusing on delivering strong investment returns.”

The funds have investors from more than 25 countries, the source said. KPS had about $11.5 billion in assets under management as of Oct. 15.

The $7 billion raised in total is more than twice as much as KPS’s previous fund, which closed at $3.5 billion.

The Mid-Cap fund will execute the same strategies as the flagship fund, but will target companies in the lower middle-market that are too small for the larger fund, meaning deals that require up to $100 million of initial equity capital.

A memo prepared by Hamilton Lane for Teachers’ Retirement System of Louisiana said the fund was targeting 12 to 15 investments with an estimated hold of three to five years per investment. The memo also showed that KPS’s previous fund, Special Situations Fund IV, had focused 88 percent on industrials as of Mar. 31, 2019, a considerable rise from the firm’s previous funds.

Other partners include Jay Bernstein, Kyle Mumford and Ryan Baker. They will all work on running Fund V. Partners Pierre de Villeméjane and Ryan Harrison will manage the Mid-Cap Fund investment team.

The firm has 21 investment professionals in total, according to the Louisiana Teachers memo.