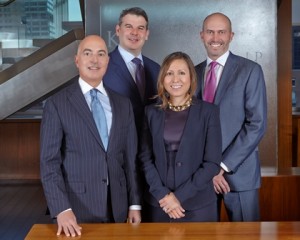 “This was the most shattered business we’ve ever seen,” said Michael Psaros, managing partner and co-founder of KPS, which created WWRD out of certain assets of Waterford Wedgwood Plc, which had bankruptcies in 10 jurisdictions in 2009 at the height of the financial crisis.

The rescue not only kept alive several iconic crystal and fine china brands, but it also preserved about 3,800 jobs, Psaros said..

WWRD had negative EBITDA of $110 million when KPS purchased it. By the time the company was sold on May 11, its EBITDA had grown to about $45 million.

Psaros declined to comment on the firm’s investment gain on the deal, but he said WWRD amounted to a “win-win-win” for the firm, the company and investors, who are “very happy” with the result.

Goldman Sachs hosted an auction for WWRD that attracted interest from private equity firms, but none offered the value of Fiskars, a global supplier of consumer products for the home, garden and outdoors, Psaros said. Fiskars is traded on the Nasdaq OMX Helsinki exchange.

The transaction, which is expected to close this summer, values WWRD at 10x EBITDA, including closing adjustments and future consideration.

“We really changed what was a tabletop-focused home products company into a company of leading brands in the luxury home and lifestyle category,” Psaros said. “We put our capital and our reputation at risk in this undertaking.”

KPS also cut costs by eliminating the “quadruple redundancy” WWRD had with its four core brands by centralizing operations when it was acquired in 2009, Psaros said.

KPS preserved the Wedgwood, Waterford, Royal Doulton and Royal Albert Brands, built up a global presence with 35 percent of revenue from Asia, and acquired Steklarna Rogaška in 2013. WWRD paid a $66 million dividend to stockholders during its six-year hold period with KPS.

KPS also built the House of Waterford Crystal in Waterford, now a popular tourist site in Ireland, with a manufacturing facility. It’s currently redeveloping the Wedgwood Estate in England, including a manufacturing plant, retail store and museum.

Included in the history of the company is the role of Josiah Wedgwood, who modernized production of pottery and established himself as a leading opponent of slavery.

“This was heritage that needed to be preserved,” Psaros said. “We were the only ones who were willing to do it.”

All told, Psaros estimated that KPS saved at least 30,000 jobs over the years including WWRD, Heritage Home Group, HHI Group Holdings and others.

“In each of those examples the jobs were binary,” Psaros said in a 2014 interview. “It was go or no-go. Either we commit the capital with a new management team and turnaround plan or the jobs go away.”

The approach seems to be working with LPs. KPS raised $3.5 billion for KPS Special Situations Fund IV in less than three months back in 2013, beating its $3 billion target.

Based in New York, KPS is led by Psaros, Jay Bernstein, Raquel Palmer and David Shapiro.