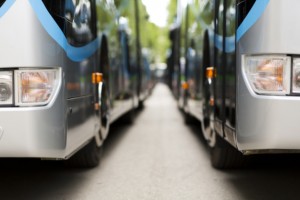 KPS Capital Partners is set to earn a 3x return on its pending $480 million sale of Motor Coach Industries (MCI) to New Flyer Industries Inc, according to a source.

During its roughly five-year ownership of the company, KPS grew annual EBITDA at the manufacturer of tour, charter and commuter buses to $75 million, from negative $12 million EBTIDA in 2010, the source said.

Jay Bernstein, a partner at KPS, declined to comment on the EBITDA and return multiple for MCI. But he said the New York-based firm turned the company around, in part by improving production and installing new management led by CEO Richard Heller. KPS kept the number of employees at about 1,500 at exit.

“We saw value where others didn’t,” Bernstein said. “It was an all-equity deal with no debt involved because we completed it at the height of the financial crisis. This was really about operational improvement and building a great business — [not] about financial leverage, since there was none.”

Bernstein said KPS floated a couple dividend recaps during its hold period of MCI, prior to its November 10 announcement to sell the company to New Flyer, which makes heavy-duty transit buses in the United States and Canada.

He said no other buyers were interested in the business when KPS tapped equity from KPS Special Situations Fund III LP to purchase the company from creditors out of a complex situation. The company, founded in 1933, was headed toward its second bankruptcy in two years.

“We bought it at its liquidation value,” Bernstein said. “We rescued it by improving labor and plant efficiencies. We reduced the time needed to make a bus, so we were able to sell more buses with the same number of employees.”

KPS also inked a deal to grow MCI’s business by paying an undisclosed sum in 2012 for distribution rights in the United States and Canada for Setra, the luxury motor coach unit of Daimler AG.

“When a company is failing as bad as MCI was, it’s not one thing you do to fix it. It’s a lot of actions that turn the company around,” Bernstein said. “It started with retaining a new management team and developing a winning culture.”

One interesting footnote on the deal: New Flyer used to be part of KPS’s portfolio. KPS sold it about 12 years ago. It’s now a publicly traded company on the Toronto Stock Exchange.