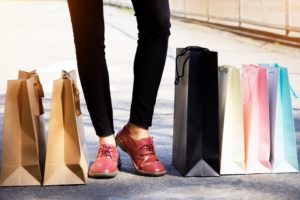 L Catterton, a veteran private equity investor in consumer brands, is poised to wrap up the biggest offering in its more than three-decade history.

At its present level of commitments, the fund is already L Catterton’s largest to date. It is 35 percent larger than Fund VIII, closed in 2016 at a $2.75 billion hard cap.

Demand for Fund IX was expected to be high, Buyouts previously reported. So far, 58 limited partners have committed to the main vehicle, the Form Ds show. Disclosed LPs include Alaska Permanent Fund, which is investing $50 million, and Missouri Local Government Employees’ Retirement System, which is investing $40 million.

L Catterton invests in the consumer industry through seven dedicated platforms, aimed at deal flow in North America, Latin America, Europe and Asia, as well as the real estate and tech segments.

The flagship strategy is focused on making control investments of $50 million to $400 million in growing mid-market businesses in North America and Europe. Opportunities are sought in all major consumer spaces, including beauty and wellness, consumer products and services, fashion and accessories, food and beverage, media and marketing services, and retail and restaurants.

Reuters in August reported L Catterton is preparing an initial public offering for another portfolio company. Leslie’s Poolmart, a swimming pool and spa supplies retailer acquired in 2017, could be valued in a listing at more than $3 billion, the report said.

Founded in 1989, L Catterton is headed by co-CEOs Michael Chu and Scott Dahnke. The firm, which has 17 offices worldwide, employs more than 190 investment and operating professionals, according to a 2019 year-in-review.

Chu and Dahnke led the firm before and after the 2016 merger of the original Catterton with the PE and real estate arms of luxury goods conglomerate LVMH. The deal created L Catterton with a greatly expanded capital base and strategic scope. It today oversees about $20 billion in managed equity capital.

L Catterton declined to provide a comment on this story.

(This story was updated to reference the placement agent working on the fundraising.)