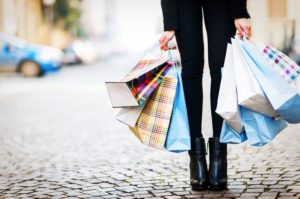 L Catterton Growth IV has secured $641 million, according to an SEC filing, putting it well ahead of its target, which Buyouts previously reported as $625 million.

The Greenwich, Connecticut, private equity firm will stay on the fundraising trail to give limited partners time to complete allocations, with a final close expected in early 2021, said a person with knowledge of the matter.

Fund IV is already the largest vehicle raised under L Catterton’s North American growth strategy. It is 4 percent larger than Fund III, which closed on $615 million in 2016. Fund III has performed well, generating a 27.87 percent net IRR as of December 2019, according to a report by Pennsylvania Public School Employees’ Retirement System.

L Catterton formed the strategy to acquire control or minority interests in US and Canadian mid-market consumer businesses with strong growth prospects. It generally makes investments of $10 million to $50 million in sectors like beauty and wellness, consumer products and services, fashion and accessories, food and beverage, media and marketing services, and retail and restaurants.

L Catterton also this year made a minority investment in Public Goods, a direct-to-consumer retailer of grocery, household and personal care products. The terms were not disclosed.

North American growth is one of seven dedicated consumer-focused platforms managed by L Catterton. The firm’s flagship buyout strategy is poised to close its largest offering to date, after collecting more than $3.7 billion toward Fund IX’s $4 billion target, Buyouts reported in September.

All platforms are overseen by co-CEOs Michael Chu and Scott Dahnke, who were part of the 2016 deal that merged the original Catterton with investment arms of luxury goods conglomerate LVMH, creating L Catterton. Senior members of the North American growth team include managing partners Michael Farello, Karen Gordon and Jonathan Owsley.

L Catterton declined to provide a comment on this story.