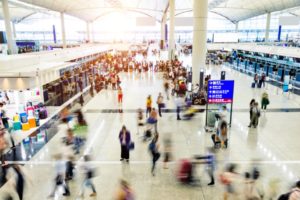 PAI Europe VII closed in March 2018 at €5 billion, according to sister title PE Hub. LACERA committed €150 million to the fund in November 2017.

Earlier this year, PAI Partners acquired Areas, a global airport concessions firm. Areas USA runs concessions operations for at least nine airports in the US, several of which have experienced labor relations issues in recent years, stretching back to before the acquisition.

Since then, Areas has refused to sign a labor peace agreement with Unite Here at MSP, according to a report released by the union, and has not re-hired laid-off workers from the previous vendor despite assurances it would do so.

“The failure to reach an agreement…marks a departure from years of productive engagement,” the report said.

Areas has resolved recent disputes at LAX and DTW, though, signing a new contract with Areas at DTW and resolving differences following a strike vote at LAX.

Hamere Dinku worked for the previous vendor at MSP for 20 years and was a shop steward for Unite Here. In the Unite Here report, she said she was promised by the previous vendor that Areas USA would re-hire her, but that did not happen. She lost her health insurance and other benefits. She now works for Unite Here as a temporary organizer and wants pensions like LACERA to actively challenge their GPs to do better.

“I was hoping that they could send out a letter to PAI and tell them they’re using the public money but they’re also hurting the public,” she told Buyouts in an interview. “You can’t make profit out of a public fund and not give back to the public.”

PAI Partners did not respond to emailed questions.

Unite Here organizers attended public comment sessions at LACERA’s meetings on Sept. 11, Oct. 8 and Nov. 20. They shared “concerns about labor contract negotiations” according to a memo written by chief investment officer Jonathan Grabel. These concerns go back to before PAI acquired Areas, but are ongoing.

Dinku, who attended the September and November meetings, told Buyouts LACERA engaged with them after the latter meeting.

“They told us they didn’t want to see us here again and they will be solving the problem,” she said. “I had some hope from that meeting, but I don’t know where they’re at.”

In the memo, Grabel said LACERA “continues an active dialogue” with PAI and maintains a “manager scorecard” with five core components, including “ESG integration.”

“PAI is in the process of developing a work plan for the newly acquired company,” Grabel wrote.

PAI is a signatory of the Principles for Responsible Investment, Grabel noted, and “has undertaken efforts to formalize ESG into industry-specific due diligence.” The pension has had at least five meetings with PAI. The memo said PAI “incorporates ESG into pre-acquisition due diligence” and “human capital practices” was one of the factors it considered during due diligence for Areas.

Grabel’s memo noted that Areas has numerous union contracts coming up for negotiations in coming months or years. As an LP, LACERA depends on PAI to manage the fund and its investments, but does take part in the fund’s LP Advisory Committee in addition to regular discussions with the firm.

“LACERA is not the authorized agent for either the employer or the employees in these contract negotiations,” he wrote. “LACERA encourages all parties to engage in negotiations in good faith and a constructive manner to achieve stable labor relations.”

“We have asked that LACERA continue its engagement, and in particular to investigate how PAI plans to facilitate the resolution of a labor peace agreement at MSP,” Fein said in a written statement to Buyouts.

In a separate letter addressed to Fein and attached to his memo, Grabel said: “We value constructive, stable workforce relations at portfolio companies.”

LACERA declined to elaborate beyond the online documents.

PSERS spokesperson Steve Esack told Buyouts that as an LP, the fund does not have a voice in any labor negotiations.

“PSERS would hope management and labor reach an amicable contract for both sides,” Esack wrote in an email. “No investor, be it an institution or individual, can control if or when a labor issue may arise at a public or private company.”