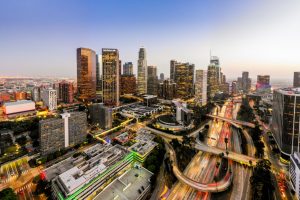 The true impact of the coronavirus crisis on private equity portfolios will not be known until the end of the second quarter of this year, a private equity consultant told Los Angeles City Employees’ Retirement System Tuesday.

“The true year-on-year marks as of March 31 are not as affected by covid,” said Jeffrey Goldberger of Aksia TorreyCove to the LACERS board. “The guidance that we’re getting from a lot of the firms we speak with is don’t expect the huge write-downs to come on 3/31.”

Portfolio companies only lost about three or four weeks of economic activity in the first quarter, Goldberger explained. Overall, firms saw about a 10 percent drop in valuations, on a spectrum between about 5 percent to about 15 percent.

“We think directionally June will be a bigger impact than March,” Goldberger explained, because those valuations “will incorporate almost a quarter of lost economic activity.”

Those marks will not come until August or September, he said. Aksia TorreyCove, which was created earlier this year when TorreyCove was acquired by Aksia, does not even have all the March 31 valuations in-house yet.

Goldberger also said the PE market is still slow on the deal side, and firms are for the most part triaging their portfolio companies and trying to get them stabilized. In general, though, Goldberger said fundraising remains steady, a difference from the 2008 crisis, when many LPs halted their private equity programs.

Jonathan Grabel, the chief investment officer of LACERS’s sister system, Los Angeles County Employees Retirement Association, recently wrote a letter to his board pledging to stick with its private equity pacing despite the crisis, as Buyouts reported. Many other LPs have said much the same thing.

Still, fundraises are taking longer, Goldberger said. Some LPs are consolidating their investments with their better-performing managers, which Goldberer called a “flight to quality.” This is leading to “bigger check sizes and fewer relationships.”

Earlier in the meeting, LACERS CIO Rodney June said the $17.2 billion pension’s capital call load was “still somewhat high.” In April, June informed the board capital calls had more than doubled, as Buyouts reported. June said Tuesday this could go on for the next month or two.

According to an Aksia TorreyCove presentation, as of December 31, 2019, LACERS’s private equity portfolio was valued at $2.1 billion.

The board was also informed of just under $150 million in fresh private equity commitments. These include:

The board also gave final approval to a plan to rescind a credit commitment to Alcentra, due to concerns over several executive departures at the firm, which is part of BNY Mellon. That proposal went through LACERS’s investment committee earlier this month, as Buyouts reported.

Action Item: read the materials for LACERS’s May 26 board of administration meeting here.