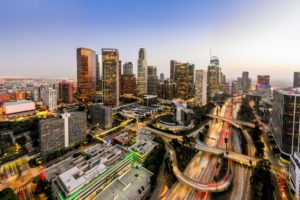 Los Angeles City Employees’ Retirement System raised its private equity target allocation, despite reservations from one board member about the asset class.

The private equity target is 16 percent, up from 14 percent. The portfolio’s actual allocation is 12.7 percent to private equity.

Last year, as Buyouts reported, he expressed skepticism that private equity would perform any better than other asset classes during the covid market crash.

In March, he signaled his opposition to a new asset allocation that would raise the private equity target, calling the asset class “underperforming.” That and reservations from other board members led to the decision being delayed.

On Tuesday, as the board discussed possible new mixes for its asset allocation, Sohn again opposed one that would raise the private equity allocation. He backed a different mix that would decrease the PE target.

Sohn said he had “significant concerns” about the asset class, citing both the high level of risk and the pension’s recent below-benchmarks performance.

“When you talk about private equity, there’s really no good way of measuring risk,” Sohn said, contrasting the way public equities are valued at almost real time with how private equity is valued quarterly.

He also re-stated his criticism from March of the PE portfolio’s performance. LACERS’s PE portfolio was valued at $2.45 billion as of September 30 of last year, and lagged its benchmarks across all time periods, as Buyouts reported. Sohn said he had no reason to believe it would improve, and he therefore had a “hard time getting to 16 percent.”

“I think we would be doing a disservice to members by taking that much risk, especially when it is not very liquid,” he said.

Other staff and board concerns around the increased allocation were apparently allayed.

Chief investment officer Rodney June told the board he was initially concerned about whether or not it would be possible to reach this new target, considering it was already well behind the 14 percent target. Consultant Aksia TorreyCove could manage the increased allocation over the next three to fours years by making larger commitments and sourcing new managers, June said.

When board member Annie Chao expressed concerns about waiting that long for the allocation to reach the target, June assured her that any underweighting to private equity is offset by an overweight to public equities.

“It’s not a perfect match, but we do try to maintain that growth exposure,” he said.

Board member Michael Wilkinson was uncomfortable with a 16 percent allocation, feeling that was an “outlier” compared to other pension systems.

Both June and Carolyn Smith of general consultant NEPC assured him 16 percent was not an unusually high private equity allocation.

“Those plans that do have a higher allocation to private equity tend to have had that allocation for many, many, many years,” she said. LACERS’s PE program started in 1995.

June said a higher allocation is only an issue if it creates liquidity concerns, and assured Wilkinson that LACERS would be able to meet its commitments with a 16 percent allocation.

The board voted in favor of the increased allocation, with Sohn as the lone dissenting vote.

Action Item: read the materials from LACERS’s May 11 board meeting here.