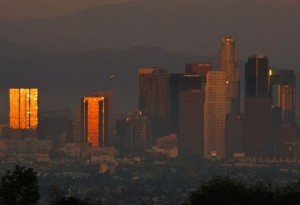 Oaktree plans to invest the smaller of its latest distressed debt vehicles first. As soon as the market for distressed investment improves, or when the $3 billion Fund X is 80 percent invested, Oaktree will activate Fund Xb’s $7 billion pool of investments. The firm may also use Fund Xb as co-investment capital for Fund X deals, according to LACERS documents.

LACERS is a limited partner in seven existing Oaktree funds, having committed $68.1 million to the firm since 1995. Those funds netted internal rates of return ranging between 8.1 percent and 28.6 percent according to pension documents.

Thoma Bravo closed the special opportunities fund at its $1.07 billion hard cap earlier this year, according to a press release.

LACERS had a 9.3 percent allocation to private equity as of Dec. 31, roughly 3 percentage points short of its target, according to retirement system documents. Earlier this year, the retirement system approved an investment plan that calls for making between $325 million and $350 million of new commitments this year. Much of the money will go to small and middle-market funds.