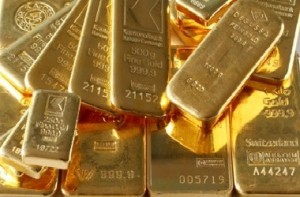 Upon closing, Aberdeen will receive $8.1 million in gross proceeds from the sale, which includes 325,000 shares of the publicly traded Tahoe Resources mining company, according to an August 13 press release. Landmark made the acquisition through its Ore Acquisition Partners LP vehicle.

Landmark’s purchase of shares in a publicly traded mining company is indicative of secondary buyers’ growing willingness to acquire direct stakes in a broader range of assets, said Peter McGrath, managing director of intermediary Setter Capital. Direct secondaries volumes expanded by approximately $900 million year-over-year between the first half of 2014 ($4.6 billion) and the first half of 2015 ($5.5 billion), according to Setter’s first-half report on secondaries volumes.

“That weaves into the whole dynamic that secondary buyers are becoming much more open in terms of what they would buy,” McGrath said. “It’s just a sign of the times.”

It’s not clear what private assets were included in the deal. Landmark and Aberdeen did not respond to requests for comment.

In Tahoe, Landmark will acquire a stake in an operator of three silver and gold mines in Guatemala and Peru. The company’s shares closed at $9.11 on the New York Stock Exchange on August 13 and were trading at $9.39 as of August 19.

Energy volumes down, infrastructure up

While data for mining-related direct secondary deals could not be determined, Setter’s secondaries volume report for the first half does contain information about the market for energy and infrastructure-related investment funds, which are the most likely to contain some exposure to mining.

Secondary buyers acquired $349.7 million of energy-focused private equity funds during the first half of 2015, according to Setter. The total represents a steep 78.5 percent year-over-year decline from the $1.6 billion acquired during the same period last year.

Interest in infrastructure-related vehicles increased 28.5 percent year-over-year, with buyers purchasing $614.2 million of infrastructure funds during the first six months of 2015, according to Setter.