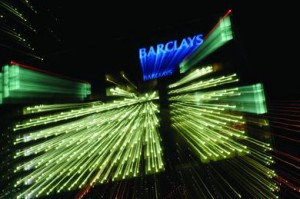 Last year was a big one for the EVCJ LBO Debt Provider of the Year – Barclays. This bank was involved in almost every major LBO completed in 2006 and set and reset its own records for biggest European deal. Barclays was consistently involved in structuring and marketing the most significant LBOs.

The group started the year strong, with the €6.77bn senior secured debt backing of Ineos Group’s buyout of Innovene from BP, setting a record as the largest European buyout ever. During the launch, investors expected the bond to be denominated primarily in dollars but Barclay’s presence at the top alongside Merrill Lynch and Morgan Stanley suggested that the euro element would be significant. One investor was concerned about where the euro and dollar elements sat in the corporate structure. He thought the cross guarantee structure might not work as well on the euro piece, as holding and operating companies tend to be closer under US law. Despite the concern, sentiment surrounding the deal was strong and its success was a foregone conclusion.

Ineos’s management demonstrated plenty of opportunities for cost savings and had a robust model of cash generation even in a downturn. This helped to alleviate concerns about the cyclicality of the chemicals industry.

The roadshow for this bond launched on January 16, 2006 and within two weeks strong demand led to Ineos Group reverse-flexing the euro and dollar portions of the oversubscribed €7.42bn debt backing its buyout. Though the flex came as no surprise on such a popular deal, it was bad news for traditional bond investors, who were forced to compete for a reduced €2.355bn senior note offering, instead of the fixed and floating €3.105bn they were expecting. The flex saw €175m added to both the B and C tranches of the senior term loan.

As if the beginning of last year wasn’t sweet enough for Barclays – this next deal takes the cherry. Just one month on from the Ineos deal Barclays surpassed its own record-setting LBO with one that was over a billion euros bigger. This deal also eclipsed the previous record for a European buyout, which was Egyptian mogul Naguib Sawiris’ buyout of Italian telecoms company Wind in 2005. The €8.5bn senior debt backing of an Apax Partners-led consortium’s US$15bn buyout of Danish telecom giant TDC is the largest buyout in European history. The MLAs were Barclays, Credit Suisse, Deutsche Bank, JPMorgan and RBS. But a deal of this size and complexity is never straightforward. The suitors were forced to lower their conditional acceptance threshold to 85% from 90% when pension fund ATP, which owned 5.5% of the company, refused the agreed offer. But the change from 90% to 85% didn’t affect the financing, which was good news for Barclays, Credit Suisse, Deutsche Bank and RBS. A banker at one of the leads said at the time: “Nothing has changed. If ATP wants to remain a minority shareholder in a privately-owned company that pays no dividends, then that’s up to them.”

By March, pricing on the bond was reverse-flexed owing to a healthy oversubscription. The PIK tranche was removed and the high-yield bridge increased. When this bridge was priced in April it dazzled the high-yield market with its €2.03bn 10-year senior and floating rate notes issue, the second largest in Europe to the date. Investors were comfortable with the credit and it was the deal’s size that was the main concern during pre-marketing. However, in keeping the floating rate portion larger than the expected €400m to €500m the clever leads were able to tap into investor demand for the product, which is a popular hedge against rising European interest rates.

Barclays consistently led LBOs that funded some of our industry’s largest-ever deals from firms that are household names in private equity, such as Apax, Blackstone, KKR, Permira and Providence Equity Partners. The bank’s financing of the TDC buyout also helped fend off a rival interest for the company from Cinven and BC Partners. For its support of the private equity industry in 2006 we are proud to offer Barclays the EVCJ LBO Debt Provider of the Year Award, and wish the bank all the best for an even more impressive 2007.