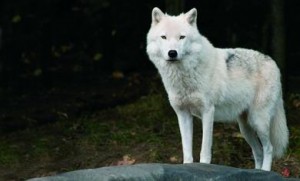 The business became the private equity arm of in March 2004.

Take us back 25 years, to when you joined GT Management and started sowing the seeds for what we know as Pantheon today. What were the challenges you faced?

I joined in 1982, a very entrepreneurial asset management group started by Tom Griffin and Richard Thornton. When I first joined, they had offices in San Francisco and Hong Kong and about £650m under management, which grew to £2.5bn over the next five years. Before joining the group, I had been working with the family business operating in Asia and Australia, and dealing with long-distance lorry drivers – you couldn’t imagine anything more far-removed from the Pantheon world. I then changed direction, came back to the UK and decided VC was an exciting business and worked as a consultant to a small UK-based VC firm, Thompson Clive, and to GT Management, before joining GT full-time.

When I started at GT, I kept in contact with Thompson Clive and later persuaded GT to take a 30% stake in them. We got our first client in 1983: the IBM UK Pension Fund who asked us to manage a portfolio of venture capital funds, and so the business started its foray into fund-of-funds very early on.. We also did a real estate fund for GT, so the business was very varied from the start.

Pantheon has a listed offering PIP, which has also been going for over 20 years. What is your view on listed vehicles, particularly in the light of new entrants to the market?

In 1987, we raised £12m for PIP, which was originally called the GT Venture Investment Co. The fundraising took a month (of pain and anguish!) and was a great act of faith by our investors. Then there was the October crash and the fund only ended up making £2m in investments.

In 1989 we secured our next big deal – a very big secondary for an investment trust.

PIP had assets of £12m and we bought another £20m of assets from the Water Authorities Pension Fund, which was being broken up. So suddenly PIP’s assets went from £12m to £32m. The deal took over a year to complete and comprised 947 underlying companies in 27 different funds, 11 of which were offshore.

When we bought the company out in 1988, management bought 30%, GT kept 35% and Thompson Clive bought 35%. Richard Thompson became our chairman, and we had US$200m assets under management.

Following the secondary deal from the Water Authorities Pension Fund, the opportunity arose to buy out GT’s remaining stake in us. We then gradually bought back Thomson Clive’s holding over the next few years until we were truly independent, changing our name to Pantheon along the way..

One of the holy grails of life in the private equity market is permanent capital. PIP is a classic example – as one of our Australian clients said to me recently: “You’re doing in PIP what I’ve been trying to do for years.”

Now we’ve seen players such as Apollo and KKR raise permanent capital. What all quoted private equity firms learn, however, is that this comes at a price – the public scrutiny these managers are now facing is not something they have hitherto been familiar with. It’s a complicated business and it took us some time to learn how to do it. A listed vehicle does have lots of positive attributes – permanent capital is one of them, as is having a shop window. But complete transparency can be one of the down sides, especially in this long-term industry. Another problem for quoted private equity is the liquidity of share capital – if no-one is buying your shares, your share price will go down, irrespective of developments in the underlying asset base.

How have the primary and secondary markets evolved and complemented each other in your experience over the years?

PIP was initially a dedicated secondaries vehicle, but in 2000 we instituted a parallel new funds investment programme. Whereas, with primaries, it is possible to deploy capital consistently over time, secondary deal flow, being inherently opportunistic, is lumpier. On the other hand, with secondaries, you attenuate the j-curve and achieve returns over a shorter period. The two disciplines are massively complementary, and I strongly believe that a house with both primary and secondary investment capabilities has a tremendous long-term advantage. And at Pantheon, we have always retained the flexibility to include a secondaries component within our regional primary funds-of-funds as well as in PIP and our dedicated global secondary vehicles.

The key message, however, whether it be in the primary or secondary market, is to listen to your clients and if they want things done in a particular way, then that is the way that you do it. We are a provider of services to our clients, and our funds-of-funds are merely a means to an end, not an end in themselves.

The nature of funds-of-funds is that your clients are actually committing for 15 years. We invest in ten-year funds, we take three years to commit those funds and there’s an extra two years or more to complete in the end so it inevitably stretches beyond the ten-year mark. So, it is absolutely paramount that your investors really trust you.

What is rewarding is the relationship we have with our clients. We have had clients such as Unilever, Cadbury Schweppes and Diageo for a long time and trust is key.

You have been part of Russell Investments since 2004. Why did you decide to sell and how do the two entities work together?

We got to the stage where I owned almost 30% of the company personally, but the balance of shareholdings were spread among a wider constituency within Pantheon. I’ve always been mindful that the City is strewn with companies where the person who started it has kept total control and which have lost good members of their team because of this. Of course we have lost some good people along the way – such as George Anson of HarbourVest, who started here, and Hanneke Smit of Adams Street – and I am happy to say that they are still good friends. A good business is all about not making any enemies!

It turned out one of our partners in San Francisco, Susan McAndrews used to work at Russell and also the chairman at Russell was the investment consultant at IBM in 1983 when we won them as our very first client. And so through these connections the deal came to fruition and it has worked brilliantly.

People sometimes say to me: “Rhoddy, you sold three years too early!” But you sell to the right person, when the time is right for the company. Both our clients and our people are happy with the results of the Russell deal. They have kept the Pantheon brand and we are learning a lot from them as a group as well. John Bailie, who heads up alternative investments at Russell, and other senior management have been really supportive.

What about the next 25 years?

When you are looking to the future, you’ve also got to look at why you’ve got to where you are. Things in private equity don’t happen overnight, whereas in the public market they sometimes can. And so it’s much more of a market in which to initiate change. Private equity has interested shareholders and so it’s not just about capital – it’s about ideas, impetus and a motivated management.

Hedge funds are in a different league. They cash in their rewards annually but the investor cannot necessarily cash out. I am not entirely comfortable that a hedge fund manager can take his bonus straight away, but as an investor you may have to wait a year.

Admittedly, our industry has suffered a bit of swollen-headedness, particularly in the case of some of the mega buyout boys who seemed to think they could walk on water.

But private equity will continue to do well because the institutions have to target alpha from somewhere. It will become more global, but I am a great believer in the small to mid-market, because that’s where you can add a lot of value, whereas the big buyouts will continue to be more correlated to the public markets. In my view, to make real money you have to add real value and in the next few years the houses that genuinely do this will shine through.

It is also important to remember that when you have a business in financial services, your assets can – and should! – walk out of the door every evening. Keeping them at their desks until 2am every day doesn’t necessarily mean they are going to perform well. But at the end of the day, the most important thing in this business is to keep a sense of humour.