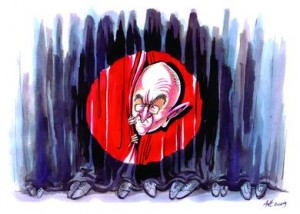 Another month, another high profile resignation. This month it’s Jon Moulton’s turn to step back from the frontline as the latest casualty of private equity’s decapitation trend.

Across the board, there are new faces in the big offices, an old guard replaced by young(-ish) guns. Over the course of 2009, we’ve lost Philip Yea, Robin Hall, Colin Buffin, Marek Gumienny, Dominique Mégret and Jens Reidel, whilst Guy Hands has handed over the day-to-day management of Terra Firma to new CEO Tim Pryce.

Hands, along with Moulton, are probably the two most outspoken and widely quoted people in the private equity industry, and together with Damon Buffini, are arguably the only three that have managed to surpass the boundaries of the trade and financial press and into the consciousness of the mainstream media. And now all three have stepped out of the limelight, two years ago in Buffini’s case when he made the move to chairman after he was made the poster boy of private equity by the trade unions (although he has now also taken on a more hands-on role at partner level).

Private equity has lost its leading lights. The most recognisable and experienced figures are leaving centre stage for a quieter life in the wings, working away from the glare of the media, leaving someone else to do the heavy-lifting.

Despite press reports in the immediate aftermath of Jon Moulton’s resignation, he appears to lack any concrete plans for the future. In his first major interview since he resigned, he spoke to EVCJ about what he’s going to do next, and the answer was “I’ll be doing something”, but he appeared reluctant to commit himself to launching a new fund of his own, and with good reason: “At my age, a 10-year fund structure as a chief executive would result in my wife attacking me with a bread knife.”

Age is at the forefront of many of the management changes currently enveloping the industry. Moulton, 58, says as much: “They’re getting older and they’re drifting out. You can honestly say that if you are in your 50s, you have seen the best years the industry is going to have. It might be five or 10 years before you see it go through a ‘golden time’ again. The industry needs new people now.”