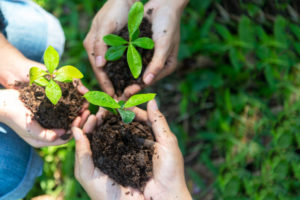 Leon is among a handful of first-timers moving into the tough fundraising environment that is favoring existing relationships and established funds over newcomers. As economic uncertainty persists, LPs tend to stick with their well-established relationships.

Still, first-timers and emerging managers are finding ways to attract capital. One successful strategy is spin-outs from larger firms, or teams made up of partners who already have strong LP relationships.

Leon Capital is planning to raise a pledge fund as its initial pool, potentially targeting up to €250 million, one of the sources said. The pledge fund structure allows LPs to commit to a closed-end fund, but with the ability to pick and choose which deals they want to support. In this way, the pledge fund is said to present less “blind-pool” risk than a traditional PE fund.

Leon Capital was formed this year by Jean-Christophe Napoleon Bonaparte, who previously worked at Blackstone and Advent International; Christos Lavidas, who formerly worked at KKR and a large global hedge fund with a private equity team; and Michael Youtsos, a former partner at McKinsey & Co, who led sustainable investing practice in Europe.

The firm will target investments in healthcare services, business services, software and energy transition. It will make control investments in family-founder-owned businesses with equity checks of €15 million to €100 million, sources said.