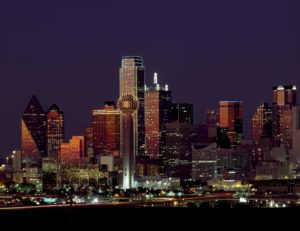 The coronavirus pandemic made one Texas-based private equity firm temporarily rely solely on Amazon for its fulfillment needs, as it implemented strict cleaning measures and staggered start times for its employees at one of its portfolio companies.

“Traditionally people will also buy things off our website and we will send things out of [our] warehouse,” said Brien Davis, partner at Altacrest Capital, which focuses on consumer products and business-to-business services in the e-commerce space

Altacrest worried that because of Austin’s stay-at-home restrictions, Barton Watch Brands, one of its portfolio companies, would not be able to ship products from its warehouse, Davis said.

“We sell through a couple of different sales channels, sometimes people buy something off Amazon,” he said.

In addition to selling products on its Barton site, Altacrest had already sold Barton products on Amazon, but the pandemic forced it to temporarily make the e-commerce giant the sole distributor.

As the pandemic worsened, Amazon briefly allowed only essential items to be sent to its warehouses in March, a devastating blow to millions of third-party sellers who rely heavily on the company for its fulfillment needs.

Amazon’s decision, in addition to deep cleanings of the facility, alternating work schedules for employees and social distancing, allowed Altacrest to slowly resume fulfillment orders through its warehouse, Davis said.

Davis said the situation hasn’t been seamless, as production output has decreased and costs have slightly increased because of continuous cleanings, but that “it’s not nearly as big of a deal as not being able to get our shipments out to people.”

Earlier this month, Amazon resumed allowing third-party sellers to ship on its site.

Despite the challenges, Davis is getting used to not working in the office.

Like millions of Americans, Davis has been working from home in Dallas, where he lives with his wife, their 11-and-13-year-old daughters and his dog, who he says is probably having the hardest time with the house being so full.

“She usually gets a lot of quality sleep time that she gets to knock out in the mornings and afternoons, and that’s been disrupted with everybody trying to take her for a walk and find other things to do,” Davis said.

Davis starts his day with a simple routine. He wakes up, checks his emails, goes for a walk and then hops on conference calls all day.

Deal discussions are still taking place, but Davis expects there to be delays on closing a transaction, he told Buyouts. “On opportunities that we like where we may have met the management teams already, we’re able to continue on due diligence remotely.”

Finding a delicate work/life balance has its challenges, according to Davis, but he and his family have been adjusting.

He and his wife have introduced their kids to classic movies from the 1980s, such as The Karate Kid, which he says the kids loved, and have been playing ping-pong, dominoes and Monopoly.

Like millions of parents around the country, he and his wife have had to take on the mantle of working from home while being on top of their daughters’ schoolwork.

“My respect for teachers, which was already high, continues to grow daily,” Davis said. “I was trying to figure out how to draft a quadratic equation to match a parabola on a graph. It’s been a long time since I’ve done 8th-grade math. Thank goodness for YouTube videos.”