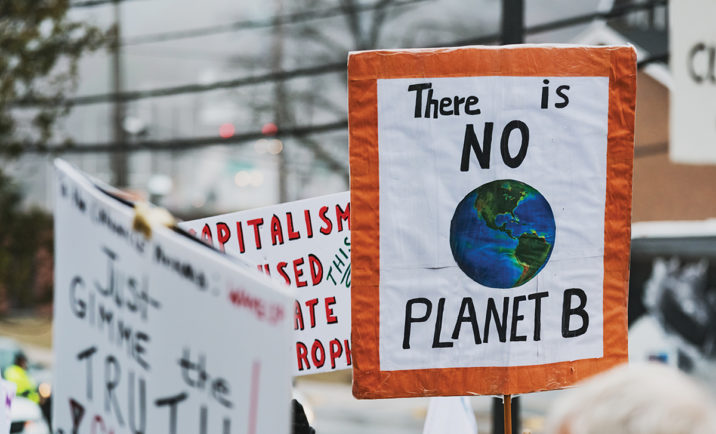 Between the climate crisis and evidence of the financial upside of sustainability, environmental considerations rank high among investors’ priorities, and corporate governance is a perennial concern.

But the covid-19 pandemic, and subsequent unrest relating to racial justice, have called attention to the least well-defined term of ESG: the nebulous, and suddenly very urgent, S – social.

“It’s certainly a conversation the members are having internally,” Choi says. “We have not taken an official position, but it’s not a reflection of the importance of these issues.”

She adds that such talks are part of pre-existing efforts to put environmental, social and governance principles into action: “The disruption created by the global health crisis and all the complications that have followed, and coupled with the conversation that’s taking place around social justice and racial equality, has just escalated and elevated conversations that were already taking place.

“LPs that are asking these questions view how GPs respond to be a really telling indicator of the kind of people they are.” That can be critically important with respect to relationships, in terms of both evaluating new managers and deciding to reinvest.

At a moment when people are losing work, while others labor under hazardous conditions, reputational risk is very real for sponsors and institutional investors alike. “So, LPs are probing about how GPs are engaging with portfolio companies during the crisis, and how that engagement is demonstrating or manifesting their values.”

“The S component of ESG has been somewhat euphemistic,” says Laura Queen, co-founder and CEO of human capital advisory firm 29Bison. “Now we’re at a crossroads where we can tend to it in a meaningful way, and we should. It has significant economic, material and social consequences in our communities, and also in terms of individual families.”

“Certainly the S has accelerated,” says Kristen Sullivan, sustainability services leader at Deloitte. “And I think this societal disruption, the health crisis [and] the downturn compounded with racial equality tensions, has served to not only elevate attention to the S, but really helped to drive more clarity around the interdependence between the E and the S.”

Sullivan notes that environmental conditions exacerbated the impact of the virus, alongside social inequities, among vulnerable populations. “The pandemic has heightened awareness of the relationship between human health and the health of the planet, which may lead to greater respect for and appreciation of natural assets and capital, increasingly at risk due to climate change,” she says.

As a recent report co-authored by Sullivan observed, even before the pandemic struck and US cities erupted in protest, “corporate America was already at an inflection point with respect to its role in society, facing louder and more widespread calls for business to consider a broader range of stakeholders.”

At issue was the most basic assumption of capitalism: do corporations exist to benefit only their shareholders, or should workers, customers and communities be taken into account beyond their impact on the bottom line?

As focus on ESG sharpened in the context of this debate, the middle term remained fuzzy, encompassing internal issues like workforce management as well as human rights concerns and external impacts on society generally. Given the imprecision, Sullivan’s report notes “some have suggested adding an additional ‘E’ for ‘employees’ or ‘D’ for ‘diversity’” to the ubiquitous acronym.

Events since March seem to have validated those suggestions. So, how are private equity firms responding to the twin challenges of economic slowdown and social upheaval?

Blackstone Group, KKR and Carlyle Group declined to provide information on job protection measures or benefits during the pandemic, but they did point to certain pre-existing workforce policies.

Carlyle, for instance, touted the benefits of transitioning its portfolio companies’ healthcare from a carrier arrangement to a concierge model. With respect to diversity and inclusion, the firm committed to achieving 30 percent diversity on the boards of all its private equity-controlled companies by 2023. (Currently, 77 percent of its US corporate private equity boards have met the threshold.)

A spokesperson for KKR mentions a decade-long employee engagement effort in the firm’s private equity industrials business that includes enhanced safety training and ownership for all workers, including hourly wage earners, through large option plans.

Among the mid-market firms her company works with, Queen has seen several novel steps taken in response to the pandemic. “For those employees who have been furloughed, we’ve seen a number of organizations extend benefits deeper into the furlough period,” especially companies that intend to bring furloughed employees back. That’s in part because they believe these workers deserve benefits and need them especially right now.

Other “workforce shifts” Queen has seen include job-sharing opportunities, to allow individuals to be gainfully employed at least a portion of the time; voluntary retirement programs, to make room for younger workers with families to keep their jobs; pay or hours cuts, or both, to help keep workforces whole; and individual voluntary layoffs, for those who are not eligible for retirement but may have another opportunity or can afford to take time off.

While such measures are not necessarily unusual for large organizations, they’re “fairly unprecedented” for small and midsized businesses, Queen says, “partly because those companies are a bit less sophisticated in understanding how those offerings work.” For some private equity operators, the pandemic has been the first time that portfolio companies have worked together “as a community to share ideas and utilize each other’s expertise.”

“Many have argued that this disruption, this downturn, has been a stress test of business models across all sections,” Sullivan says, adding that companies with “high ESG profiles in the market are
outperforming.”

Of course, job losses during a health crisis are difficult to square with a professed commitment to social well-being. “Really difficult decisions from a human capital standpoint had to be made,” Sullivan acknowledges. But she suggests “companies that had a very clear set of ESG priorities embedded in the business were better positioned to make these decisions,” moving more quickly from short-term hardships back to more purposeful management.

“More than any other time in relevant history, we as business owners and operators are seeing the direct value and importance of human capital, in a way that was relatively easy to overlook,” Queen says. “Human beings are not hard assets, they are difficult to quantify. It’s even harder to figure out how, in most cases, they directly contribute to value creation in business.”

The crisis calls for a reevaluation of the social value of different kinds of work. “There’s a whole different concept around the idea of essential workers,” Queen notes, encompassing “people who cut your meat at the deli or bag your groceries or deliver your food,” not just skilled technicians or government officials. This realization offers an opportunity to “put humanity back in the conversation” around value creation, “and to be purposeful about understanding that change.”