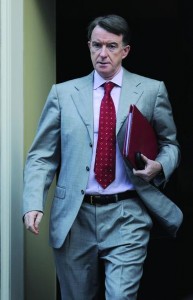 In less than a year’s time the new look limited partnership law is set to come into force in the UK. Peter Mandelson’s new charge, the Department for Business, Enterprise & Regulatory Reform (BERR), published a consultation document at the end of August, setting out how it plans to update the law and asking for feedback by the end of November.

The current timetable has it that the reformed regulation will come into effect in October 2009, to coincide with the final stage of implementation of the Companies Act 2006 (see EVCJ July 2008).

A very basic, yet important, change is to the birth of a limited partnership, and the point from which an LP achieves limited liability. The change means the law will regard the certificate of registration as conclusive evidence of its existence – the date of formation, general nature of business and term of the LP will no longer need to be registered – and the LP will become operative on the date of registration.

the interests of transparency, the government is keen for the identity of the partners, and whether their liability is limited or not, to be made publicly available. The draft reform order would require a limited partnership to register all changes with Companies House as they occur, and would provide that the changes only become effective once registered. SJ Berwin, which has been very active in pushing for changes to the partnership law, has argued this is an unnecessary requirement. It favours an alternative proposal, which gives the LP the option of keeping a register of limited partners at their registered office, and to make it freely available for inspection. They would send an updated record to Companies House annually.

Under the changes it will become the responsibility of the GP to take care of registration formalities, and any registration errors will not affect limited partners’ limited liability.

In an important clarification, there is to be a list of permitted activities that LPs are allowed to participate in without threatening their limited liability. LPs stop becoming limited partners – and hence expose themselves to unlimited liability – when they get involved with the management of the partnership. The change will provide greater assurance to LPs. There is also a power for the Secretary of State to amend the list.

Another change in the area of liability is that LPs no longer have to make a capital contribution to join the partnership.

More importantly, there has been a change to the consequences of capital contributions withdrawal. BERR’s proposal is that an LP should be able to withdraw capital, subject to any agreement between the partners, and that this must be registered at Companies House. The LP remains liable for the debts and liabilities of the partnership up to the amount of capital withdrawn until the end of the period of twelve months after the date of registration – the current legislation continues liability indefinitely.

Three changes are proposed in respect to the rights and obligations of partners in a limited partnership.

The first is a clarification whereby an LP will not be required to perform statutory duties – such as accounting for profits made elsewhere – unlike a general partner. A second change, and also a clarification, makes it clear that an LP can transfer its share and be replaced if the GPs agree.

A more substantial change involves the winding up of a limited partnership. The reform order states the GPs should continue to bear responsibility for winding it up. If there are no general partnerships, this responsibility falls to the LPs without the need for a court order.

Transition to the new law

The Law Commission has recommended to BERR that all existing limited partnerships will be required to re-register under the new law. LPs will be written to by registrars and invited to re-register – they will be issued with a new certificate, but will retain their identities and registered numbers. If there is no response after a total of four letters over a two year period, the registrar will de-register the partnership.

Another division between BERR proposals and the Law Commission’s recommendations concerns giving LPs the option of having a legal personality. The Law Commission is in favour of it. It argues that such a move would not make a major practical difference but would simplify partnerships’ dealings, particularly in the areas of contract and property law. It would also align Scottish and English law. Under the current regulation limited partnerships Scottish partnerships have legal personality, whereas in England and Wales they do not.

BERR has declined to adopt this proposal on the basis of lack of consensus and beyond the scope of the current proposed reform.